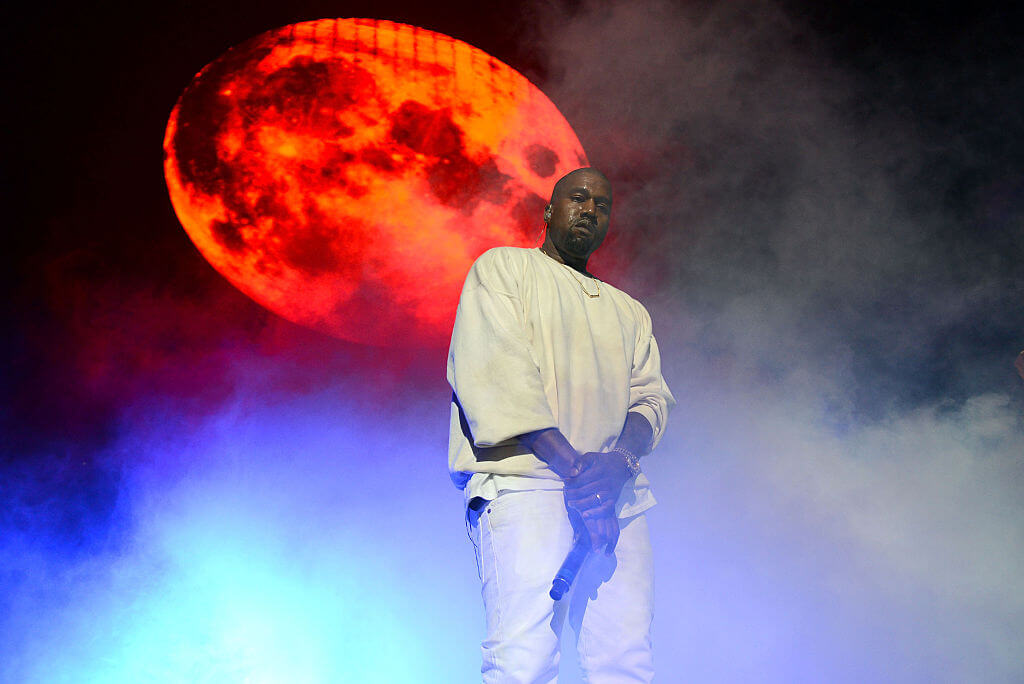 The “22-time Grammy Award-winning visionary multidisciplinary artist, who has sold over 30 million albums worldwide and has twice been named to Time magazine’s 100 most influential people in the world” will hit up just under 40 cities across the U.S. and Canada, kicking off Aug. 25 in Indianapolis. The tour is in in support of his digital-only LP “The Life of Pablo,” which was released in February.

His “history-making live performances” that will “set new standards for the visual medium” are set to arrive in Boston’s T.D. Garden on Sept. 3, New York’s Madison Square Garden on Sept. 5-6 and Wells Fargo Center in Philadelphia on Oct. 4.

The Live Nation-promoted Saint Pablo Tour follows 2013’s also biblical-esque Yeezus Tour, which “saw jubilant, sold-out crowds and unprecedented acclaim,” and grossed an incredible $25 millionover the course of its 18 dates.(In case you forgot, that was the tour where West climbed a giant lump of Aggro Crag, wore a rhinestone-encrusted Margiela mask and casually chatted with Jesus.)

Tickets go on sale through Live Nation on June 18, but Tidal members will receive special access on June 16 and American Express card members can purchase June 14 at 10 a.m. through June 17 at 10 p.m.

Check the full dates below: