The electronic, neo-soul duo Lion Babe are coming into their own. Ever since forming in 2012, the group, consisting of singer Jillian Hervey and producer Lucas Goodman, have released a steady stream of catchy and danceable tracks that also emit the mood and slinky elegance of mid-’70s soul. With the release of their second album, “Cosmic Wind,” back in March, the band has made the transition from a group that simply releases a string of fun singles to one that aims to demand space on your record shelf.

Lion Babe have their sights on the stars 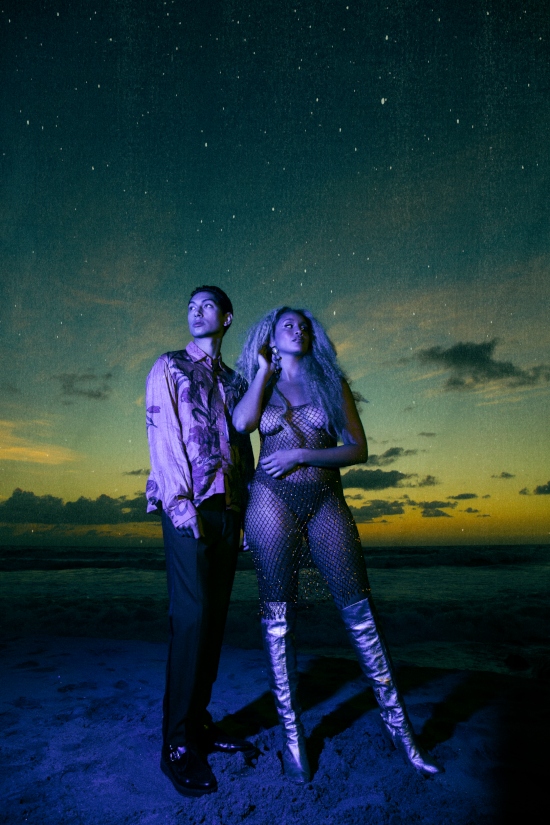 Each song on the album blends into each other with ease to create a cohesive suite, with Hervey’s powerful voice guiding the listener into the warm worlds created by Goodman’s beats.

“I think that was definitely something we were trying to go for more with this project,” says Goodman, of the more focused and streamlined approach to “Cosmic Wind.” “The first album, we basically made one song, then we signed the deal, and then we wrote our first album. So we had a lot of experimenting to do, learning to do, as far as making music because we hadn’t experienced it and doing it with each other yet. So I feel like there was a lot going on in our last record as far as sounds and things, and that’s just because we were trying a lot of stuff out.”

Hervey, who happens to be the daughter of Vanessa Williams and Ramon Hervey II, could not agree more with Goodman’s desire to shake things up. The band had returned to New York, where they originally formed, to write and record the new album. According to Hervey, the city’s energy  provided a much-needed push for the group.

“I would just agree that definitely the cohesiveness was deliberate, and just the idea conceptually of what we wanted to do when we first started — we never really had a map, like Lucas said, for our first album,” says Hervey, reiterating Goodman’s point. “Also, because we were back in New York, I actually think the New York sound has a lot of different influences for us. The vibes [etc]. Lucas had been D.J.ing a lot so we were also listening to what would be good in a party setting and then we have been playing a lot live also. We wanted to make sure that all of those elements were being touched on. Our goal is really being able to start the record and finishing it, instead of starting all over again. Because when we both think back to our favorite records, and things that have stood the test of time, it’s the ‘album,’ so you don’t need to skip anything and the whole sound is the whole story. So that was definitely the goal this time around.”

The band will be opening this year’s City Farm Presents Summer Series at Industry City  for one of the summer’s first great outdoor concerts.