Best Things to Do in NYC During Christmas Break, Dec. 21-31 - Metro US
New York

Best Things to Do in NYC During Christmas Break, Dec. 21-31 The fun never stops when it comes to things to do in NYC during the Christmas season. You’ve seen the spectacular new Swarovski star on the Rockefeller Center tree? Gotten your photo with Santa? The incredible department store windows from Herald Square to Midtown? Sorted out your Christmas Eve dinner plans and, just as importantly, Christmas Day brunch? Take a traditional scary Christmas trip through the Krampus haunted house?

There’s also the recently opened fancy Starbucks Reserve Roastery, hot new shows on Broadway and beyond, Park Slope’s new Nitehawk Prospect Park for dinner and a movie, and the first open-air rooftop ice rink on Pier 17. And on top of that, we’ve got another 23 ideas for things to do in NYC this Christmas break. 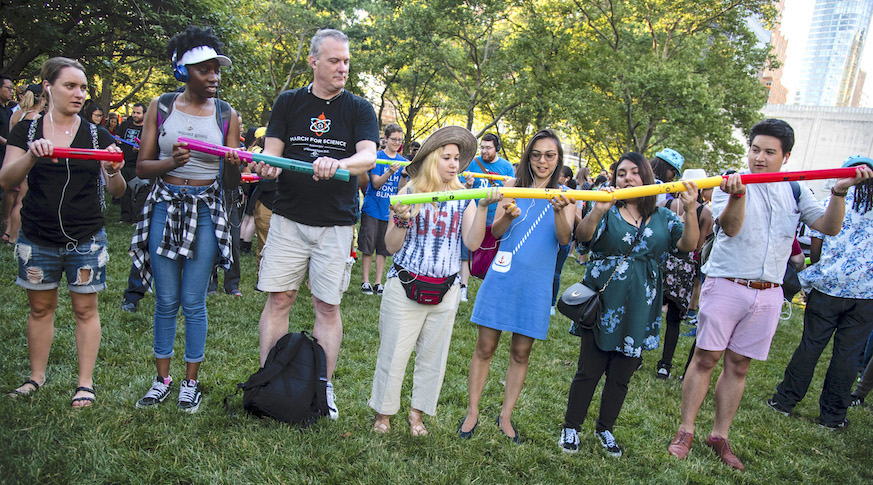 An outdoor music festival on every block

Warm your hands by picking up an instrument during Make Music Winter, a citywide music festival happening on the longest night of the year. Besides professional musicians popping where you’d never expect, the day is made up of over 1,000 events dedicated to getting regular people to, well, make their own music at events like an Electric Guitar Parade and a Bell by Bell choir led by a team of conductors waving color-coded flags. Dec. 21, free, makemusicday.org

Left your holiday shopping to the absolute last minute? So did we, which is why we’re heading to the Brooklyn Expo Center all this weekend for the Renegade Craft Fair, featuring handmade gifts from more than 200 makers, plus food, live music, workshops, photo ops and more. Dec. 22-23, 11 a.m.-5 p.m., 79 Franklin St., free, renegadecraft.com

The Jewish Museum on the Upper East Side will be open through the Christmas holiday and much of the holiday week. Special events include two all-ages Dec. 25 concerts by Nefesh Mountain, which fuses Celtic and bluegrass melodies “with a Jewish soul,” and free kids workshops every day from 1-4 p.m. making hand puppets based on works from its current Chagall, Lissitzky, Malevich exhibit. Dec. 23-25, 27-28, 30, $18 adults, 18 and under free, thejewishmuseum.org

Try another kind of Nutcracker

What started out in 2014 at the United Palace of Cultural Arts has become a nationwide touring phenomenon. The Hip-Hop Nutcracker swaps ballet for street dancing and sets the story of Maria-Clara right here in New York City, remixing Tchaikovsy’s original score with beats by Kurtis Blow. Dec. 23, Kings Theatre, 1027 Flatbush Ave., Brooklyn, tickets from $29.50, ticketmaster.com

Get into Gramercy Park

Technically a public park that was co-opted by its neighboring residents, most of us can only press our faces to the bars surrounding Gramercy Park. Not on Christmas Eve — for one night, the Gramercy Park Block Association will open the gates to everyone for exactly one hour. Enjoy caroling, take pictures on its stone benches, then get out — the rich poodles don’t want you befouling their dog run. Dec. 24, 6-7 p.m., Irving Place between 20th and 21st streets, free

Make a day of it at Industry City

The holiday break is the perfect chance to get to know Industry City, Sunset Park’s massive indoor-outdoor food hall, mini golf course, arcade, artist hub and so much more. Visit the newly opened Japan Village to eat your way through the country’s cuisine, then buy products from its supermarket to take home, hide out in the Hygge Tent, a cozy Nordic teepee with hot beverages, take a spin at Lola’s Dreamland Roller Disco on Friday nights through April, and step on a Grinched-out freight elevator, part of a whole Christmas art exhibit. 274 36th St., Brooklyn, industrycity.com

Treat yourself to a fancy and free hot chocolate

Sooner or later, we all find ourselves in Times Square during the holiday season. If that’s you on Christmas Eve or Day, we recommend taking a personal moment by hitting up the Monarch Rooftop & Indoor Lounge, where you’ll find a complimentary hot chocolate bar. Customize your drink with everything from peppermint sticks to shaved cocoa, M&M’s and more and sip it next to the bar’s 20-foot Christmas tree. Dec. 24-25, 3 p.m.-2 a.m., 71 W. 35th St., addisongroupnyc.com

One of the world’s best bars just got a little easier to get into. The Dead Rabbit has opened the first phase of its expansion into the space next door, more than doubling in size, which means room for new features like a “bar within a bar” exclusively serving its signature Irish Coffee, plus all of its award-winning cocktails. 30-32 Water St., deadrabbitnyc.com

The holidays are great, but between all the wrapping paper and decorations, household waste goes up by more than 25% between Thanksgiving and Christmas. Bring your kids to the New York Hall of Science to learn how to reuse and repurpose materials to create unique items like stuffed toys, fabric art, garlands and more. Dec. 27-30, noon-4 p.m., free, nysci.org 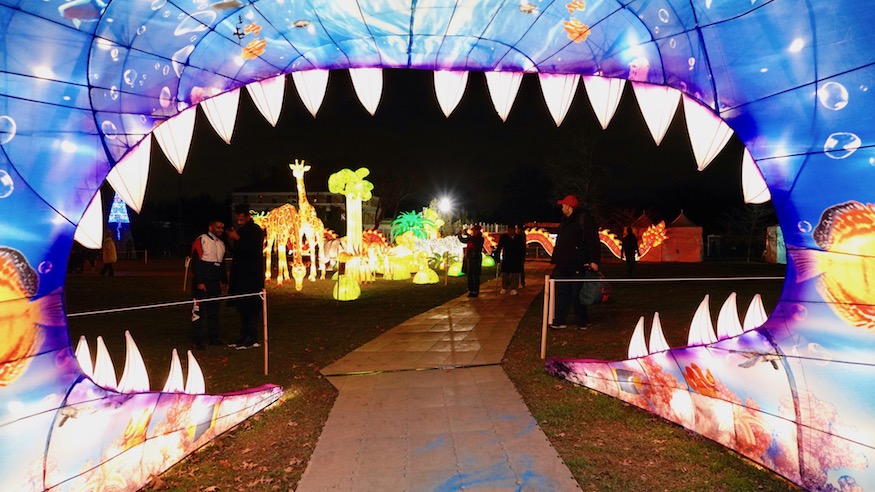 Christmas music is as much a part of the holidays as the tree, stockings and family drama. At Q.E.D. Astoria, a group of talented comics including Hoff Matthews, Angel Yau and Ilana Michelle Rubin turning your favorite tunes into holiday parodies, sing-a-longs and new originals during A Holiday Parody Song Spectacular. Dec. 26, doors at 7:15 p.m.,  27-16 23rd Ave., Queens, $10, qedastoria.com

Let your heart be light

Some things are better forgotten, but if you need a little help letting go, there’s Good Riddance Day. Inspired by the Latin American tradition of burning bad-luck tokens before the New Year, the Times Square Alliance is hosting “destruction services” to help you start 2019 with a clean slate: Write down what you want to get rid of, then experience the catharsis of putting it through a shredder. Dec. 28, timessquarenyc.org

Drink at one of London’s best bars

Diego at the Public Hotel is kicking off a series of international bar takeovers, starting with multi-award-winning London cocktail bar Coupette from Dec. 29-31. Enjoy a selection of their signature cocktails including the famous Champagne Piña Colada. 215 Chrystie St.

National Sawdust’s Kwanzaa Fest BK embraces all of the traditions of the festival of Kwanzaa but in a contemporary way. Featuring musical performances by Shokanni, 86 Supreme, James Rouse & The Buttered Biscuits and many more, plus art by Cody Jordan, a film screening and vendors, the part is all about creating “a safe space for millennial people of color.” Dec. 29, doors at 6 p.m., 80 N. Sixth St., Brooklyn, $20, nationalsawdust.org

Last chance: Delacroix at The Met

French painter Eugène Delacroix was one of the creative giants of the 19th century, stepping outside the established bounds of who can be painted and how. His vibrant colors and bold brushwork changed the course of art and made him the poster boy of the Romantic era. The Met’s retrospective is the first comprehensive assessment of him in North America, and you’ve got until Jan. 6 to see it. 1000 Fifth Ave., metmuseum.org

The new movie Spider-Man: Into the Spider-Verse is all about the many different people who have donned the spidey suit to save their cities, and you can be one of them at Sony Square NYC. The interactive exhibit includes an immersive haptic installation that lets you feel movements happening in a clip from the movie — plus the chance to crawl up a building a la Spidey and tons more Insta-made photo ops. Through Jan. 27, 2019, 11 a.m.-7 p.m., 25 Madison Ave., sony.com/square-nyc.html