Marvel movies ranked from best to worst - Metro US
Movies Another half-year, another Marvel movie. “Guardians of the Galaxy Vol. 2” is now out, only six months after “Doctor Strange.” That puts the official Marvel Cinematic Universe tally at 15 films. That’s a lot to get done in nine years, since the first “Iron Man” kicked in a new blockbuster landscape in the late aughts. But they haven’t all been winners. Let’s rank all of them from best to worst. (And note: we’re excluding non-official MCU entries that bear the Marvel name but were made under the Fox studios wing, namely the “X-Men”s, “Deadpool” and all those “Spider-Man”s.)

1. ‘Iron Man’ (2008)
The year was 2008. Those were the days, my friend: When comic book movies were a thing, but they weren’t the only thing. This cheery Marvel movie was a bright spot in a world dominated by brooding, grim Christopher Nolan Batman films. And it starred Robert Downey Jr., then a once-disgraced genius who’d spent his years quietly stealing movies like “A Scanner Darkly” and “Zodiac.” It was a lot of fun, partly because it seemed so original(ish). We wanted more like it. Little did we know that with its success, the movie world had basically changed — and not necessarily for the better.

2. ‘Iron Man Three’ (2013)
We’re crestfallen to learn this is far from a fan favorite — apparently, Marvel-heads hate how it defiles the source, wastes popular side characters and is unbelievably snarky and quippy. But that’s what we love about it. We love that Downey Jr. brought in “Kiss Kiss Bang Bang” auteur Shane Black (late of “The Nice Guys”) to punch up what is still, to be frank, a bit of a CGI-heavy bore. Still, no Marvel movie is funnier — not even the first “Iron Man.” 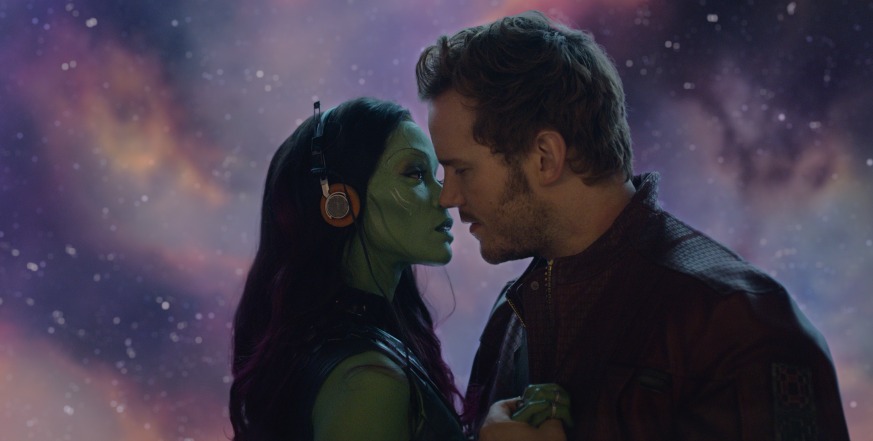 3. ‘Guardians of the Galaxy (2014)
“GotG” is funny, too — and weird. And it’s still the closest the Cinematic Universe has come to a singular vision from a truly eccentric filmmaker. There are still plenty of bland Marvel tropes, especially as it winds into its explosion-heavy, un-care-about-able climax. Still, it’s the franchise wing that not only takes place in galaxies far, far away from Earth but has a tone unlike any other. Yes, we love Groot, too.

4. ‘Doctor Strange’ (2016)
The most gorgeous Marvel, though, is the one where sorcerers can literally bend space and time, where cityscapes crunch up like they did in “Inception,” only somehow cooler. And it has a bald Tilda Swinton! And a world-destroying climax that actually features a very neat, very funny hook! When Benedict Cumberbatch’s Doc readies himself to join up with the Avengers, it’s like a tragic ending from a ’70s Hollywood movie — it’d be better off if Strange got at least one other movie on his own, in this world.

5. ‘Ant-Man’ (2015)
It’s severely compromised — Edgar Wright, fed up with too much Marvel interference, famously walked away from the director’s chair right before shooting — but it still proves that the weirdo Marvel intros are better than the plodding sequels and threequels. Paul Rudd doesn’t get enough time to be Paul Rudd-y, but the movie is still delightfully odd. That model train climax, with its perfectly timed jokey shifts in perspective from tiny to normal, is still the Marvel climax to beat. 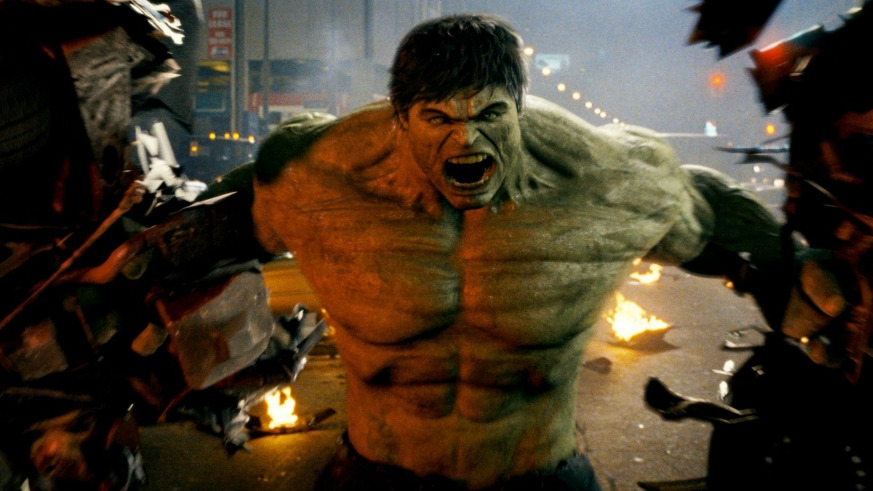 7. ‘The Incredible Hulk’ (2008)
It’s the runt of the Marvel litter — the second MCU number, released two months after “Iron Man,” when they still hadn’t locked down the house style or worked out all the kinks. It has a star (Edward Norton) who would be unceremoniously replaced (by Mark Ruffalo, at least). Yet it’s a totally solid stand-alone movie — and one that reminds you of Ang Lee’s infamous/underrated “Hulk” from five years earlier, long before the MCU was instated, and made at a time when a director could really do his own crazy thing with Marvel product.

8. ‘Captain America: The Winter Soldier’ (2014)
It was around this time, during the MCU’s second phase, that these movies started to seem same-y, with events, storylines and (especially) villains that are practically interchangeable. Still, at least the second Cap movie tries for something a little different — namely swiping from ’70s conspiracy thrillers, like “Three Days of the Condor” and “The Parallax View,” complete with Robert Redford as the secret baddie. Still, let’s not actually mistake this for being as good as an actual ’70s conspiracy thriller.

9. ‘Thor’ (2011)
By 2011, Marvel was dead-set on uniting the Avengers, which required handing movies over to superheroes whom no one had talked about for ages. Like Thor. Who in 2011 was really stoked for a film about Thor? But we had to see it to see “The Avengers” the following year, and we were probably pleasantly surprised to find it had jokes (most of them courtesy beefcake star Chris Hemsworth), some trippy colors and Anthony Hopkins treating this silliness like it was “King Lear.” 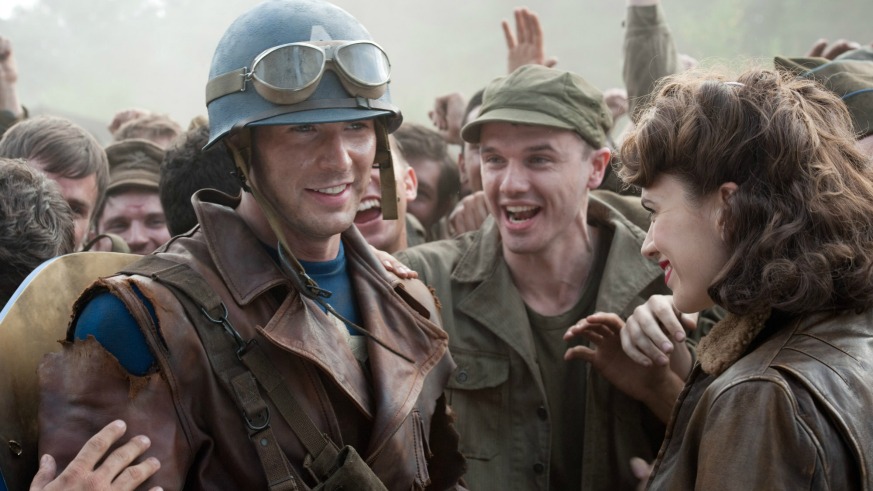 10. ‘Captain America: The First Avenger’ (2011)
As with Thor, not many besides old school comics heads were all about a movie about Cap. A dated, World War II-era symbol of rah-rah nationalism seemed an odd fit for the post-Bush era. But like “Thor,” it was a surprisingly smooth watch, featuring two actors (Tommy Lee Jones and Hayley Atwell) we were sad to see mostly exit the series after this 1940s-set entry.

11. ‘Thor: The Dark World’ (2013)
Does anyone remember what happens in the second “Thor”? There were…various portals? Natalie Portman went on a date with Chris O’Dowd? Some aliens or something tried to destroy Greenwich, England? This is the most forgettable of the lot, even with some choice scenery-chewing from the franchise’s only great villain, Tom Hiddleston’s Loki. But it’s definitely not the worst. 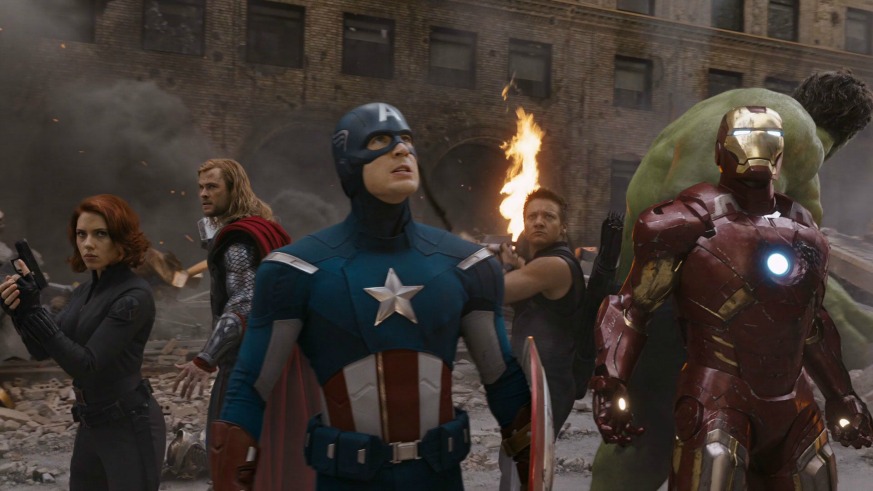 12. ‘Marvel’s The Avengers’ (2012)
Quite possibly the most overrated movie ever made, the fifth highest grossing movie of all time is, to be frank (and, we guess, controversial), a disorganized blob of an all-star superhero melee. Honestly, we only enjoyed four parts: Thor vs. Cap, Bruce Banner saying “I’m always angry” before mutating into the Hulk, Hulk vs. Loki and the shawarma bumper. Y’all can have whatever happens in the rest.

13. ‘Iron Man 2’ (2010)
Released two years after “The Incredible Hulk” — imagine an entire year without a Marvel film now — the MCU’s first disappointment is an overcrowded mess with too many villains. That’s something Marvel would rectify by usually only having one, maybe two very forgettable villains from then on out.

14. ‘Captain America: Civil War’ (2016)
Good mass superhero tarmac fight — even if it’s still set on a boring tarmac. Everything else is too much like a dreaded version of “Avengers 3.” At this point, the MCU main storyline had become a tangled Christmas light ball of plots and characters, with half the movie involving picking up threads from previous movies and setting up events for future installments.

15. ‘Avengers: Age of Ultron’ (2015)
See above, multiply by a thousand. It’s Marvel moviemaking at its nadir — a 2 ½ hour battering ram of stuff and sometimes things, all comin’ at ya constantly, little of it sticking. It’s like a filmic record of director Joss Whedon’s head exploding from having to oversee too many moving parts, like a traffic cop at the world’s most crowded intersection. Let’s never speak of this again — unless “Avengers: Infinity War” is as much of a headache as this was.