You can say a lot of things about the documentarian Michael Moore. But, one thing that you can’t take away from him is his dedication to exploring his subjects from the inside out. Whether it is the NRA with Bowling for Columbine, the terror attacks of 9/11 and the Bush presidency with Farenheight 9/11, or the health care industry with Sicko, he rarely leaves any stones unturned in his documentaries. That is why his highly anticipated new film Farenheit 11/9 about the Trump presidency and his 2016 campain has people wondering what kind of firepower he will unleash. Well in a new interview with Hollwood Reporter, Moore has explained that Trump may have found inspiration from an unlikely source: Gwen Stefani. 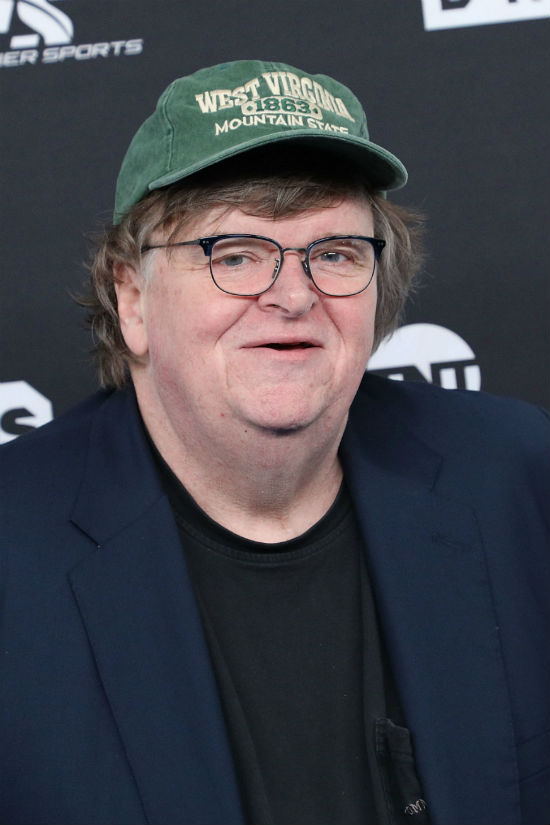 You read that right. In the Hollywood Reporter story published today titled Michael Moore Plays His Trump Card: A New Movie, Modern Fascism and a 2020 Prediction by Gregg Kilday, Moore believes that Trump finally settled on the ide of running for president as a bargaining chip against NBC once he found out that Gwen Stefani was earning more as a judge on the Voice than Trump was earning on the Apprentice. Here is an excerpt from the Hollywood Reporter story:

“Fahrenheit 11/9 is his attempt to fully understand the forces that fueled Trump’s rise. Moore, being a humorist at heart, can’t resist starting with a mordant joke or two. Yes, he acknowledges factors like Russian President Vladimir Putin and former FBI head James Comey, but asserts that the person most responsible for the Trump presidency is … Gwen Stefani. “You hadn’t heard that before, have you?” Moore asks, delighted with the audacity of the claim.

Moore posits that when Trump realized Stefani’s performance fees as a coach on The Voicewere larger than his own on The Apprentice, he staged his now-infamous Trump Tower campaign announcement to prove his popularity to NBC, which aired both shows. Says Moore, “He’d been talking about running for president since 1988, but he didn’t really want to be president. There’s no penthouse in the White House. And he doesn’t want to live in a black city. He was trying to pit NBC against another network, but it just went off the rails.” After Trump’s accusation that Mexico was sending rapists across the border, NBC cut ties with him. But Trump, suddenly finding himself cheered on by massive crowds and an indulgent media, figured why not make a serious run for the highest office in the land?”

It’s a pretty interesting theory and if it is true, that sh-t is bananas. B-A-N-A-N-A-S.

Michael Moore’s new documentary Farenheit 11/9 will be in theaters on September 21st.