Are aliens real? Harvard astronomers suggested a a recent unidentified object may have been an alien spacecraft investigating Earth, and now, an MIT study proposes using a high-powered laser as a “beacon” to attract alien life, if it does exist in our galaxy.

The MIT research, recently published in The Astrophysical Journal, suggests that a 1- to 2-megawatt laser focused through a large (about 98 to 148 feet) telescope could act as a “planetary porch light,” calling out to potential alien life as far as 20,000 light years away.

“This would be a challenging project but not an impossible one,” said author James Clark in a statement. “The kinds of lasers and telescopes that are being built today can produce a detectable signal, so that an astronomer could take one look at our star and immediately see something unusual about its spectrum. I don’t know if intelligent creatures around the sun would be their first guess, but it would certainly attract further attention.”

The laser beam would stand out from the sun’s energy, according to Clark, and could be used to send brief messages through “pulses,” similar to Morse code.

Of course, there has to be alien life to receive the signal. Around TRAPPIST-1b, a star approximately 40 light years away, there are three exoplanets (planets that orbit a star outside of our solar system) which are potentially habitable.

The laser beacon to alien life should be built upon a mountain, according to Clark, in order to minimize the amount of atmosphere the beam would have to break through before shining into space.

‘Oumuamua is the first known interstellar object to enter our solar system, and it was discovered in October 2017 by a telescope system in Hawaii. After research found that ‘Oumuamua was not a comet, many took to Twitter to share their thoughts that this object was actually a sign of alien life.

In a new paper, researchers at the Harvard Smithsonian Center for Astrophysics brought up that possibility. 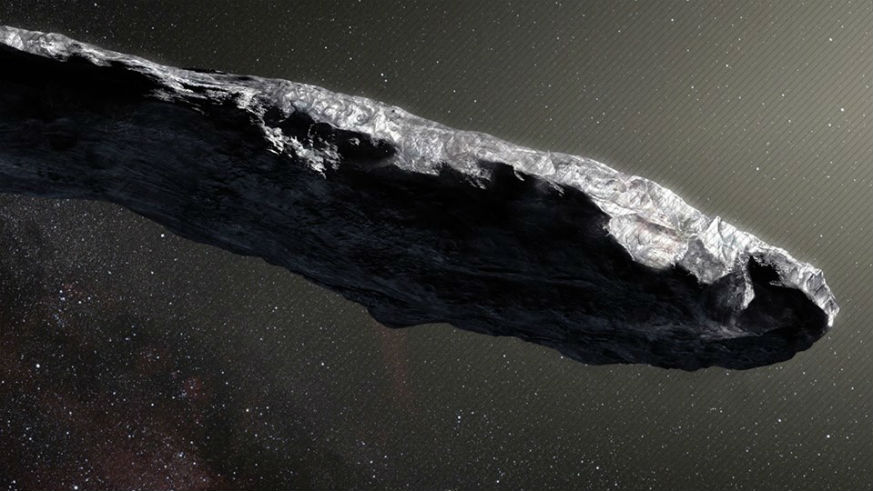 “ ‘Oumuamua may be a fully operational probe sent intentionally to Earth vicinity by an alien civilization,” the researchers wrote in the paper, which has been submitted to the Astrophysical Journal Letters.

The Harvard researchers suggest ‘Oumuamua could be a solar sail, “floating in interstellar space as a debris from an advanced technological equipment.”

Other astronomy experts, however, disagree. Alan Jackson of the Centre for Planetary Sciences at the University of Toronto Scarborough published a paper in March suggesting ‘Oumuamua looks like an asteroid or comet, not a solar sail, originating from a system with two stars.