A new makeup study from Dundee, Scotland’s Abertay University suggests that women who go without makeup are seen as “better leaders” than those who paint their features heavily.

Here’s how the study worked: 168 respondents were asked to assess which woman in a pair of two images — one without makeup, one with — was a “better leader” and were asked to dictate “how much better” that leader was than the other.

The makeup was styled for a “social night out” and was applied to women’s faces by computer software as either a “50 percent” or “100 percent” makeover (a little bit of makeup vs. a lot). In each of the 16 image match-ups, one of the women was always makeup-less. As for the woman in the pair who donned makeup, eight had the 50 percent makeover and the other eight had the 100 percent makeover.

The results of this makeup study revealed that both male and female participants perceived the women with “social night out” look (100 percent makeover) as having poorer leadership skills than those who were fresh-faced.

In comparison, the women who had some makeup applied to their faces (50 percent makeover) were perceived as being better leaders than their fresh-faced counterparts.

“Regardless of the participant’s sex or ethnicity, makeup used for a social night out had a negative effect on perceptions of women’s leadership ability,” the makeup study, conducted by researchers Esther James and Shauny Jenkins and led by Dr. Christopher Watkins, reads. But the study also suggests that “a subtle enhancement in facial coloration via makeup may have positive effects on how women are evaluated within the business environment.”

“The important thing to bear in mind with this is that further work could look at different styles of makeup and whether manipulating the style of makeup leads to different findings (e.g. a more professional look),” Dr. Watkins told Metro. “The research isn’t intended to promote a value judgment — what an individual woman is comfortable with doing is up to her — more just to demonstrate what people, on average, may say or do when you ask them to indicate their first impressions of other people.”

Ask yourself what you’d do

Stop and consider this: would you really wear “going out” makeup to work? Think about it. Would you spend as much time getting ready for a night at 1 Oak as you would prepping to ride an office-bound A train? 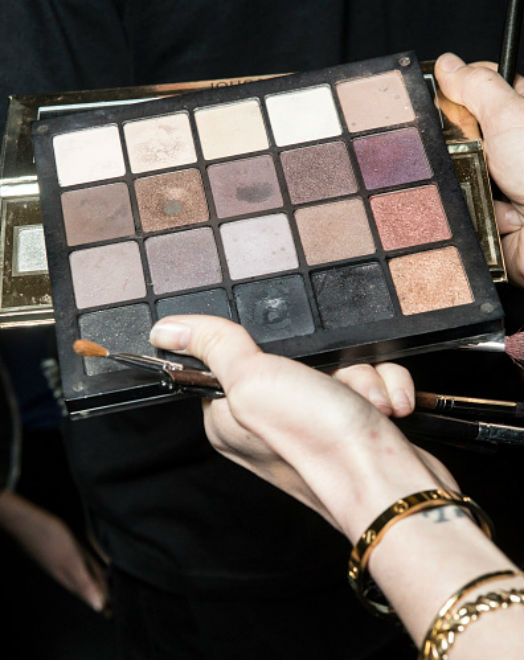 It depends on the person, of course. One Metro editor said she’d wear “going out” makeup to work if it were a special occasion, and that she normally wears a modest amount because of the confidence it brings her, stating, “I think it’s a lovely way to express myself.”

Similarly, a Metro designer said that she doesn’t have enough time to apply “going out” makeup before she leaves for work, but without at least a “natural look,” she feels like she appears “more tired” and feels more self-conscious.

In fact, a 2017 study conducted by Harvard Medical School explored what’s known as the “lipstick effect,” in which wearing makeup can give women a confidence boost and actually make them feel smarter.

Here’s the bottom line though: Regardless of the amount of makeup you have on, as a Wonder Woman of society, wear your lipstick — or bare-lipped — smile to the office and do the damn thing.