The greatest thing to come out of the groundbreaking and critically acclaimed show “Pose” is that it has shined a light on incredibly talented trans actresses who may never have had the chance to play such prominent roles on television before. As the show’s second season premieres tonight on FX, we got the chance to speak with two of the show’s stars, MJ Rodriguez, who plays Blanca Rodriguez, the show’s emotional center; and Dominique Jackson, who plays the singular Elektra Abundance, who is the most dominant performer on the ball scene and who used to be Blanca’s house mother until their falling-out in the first season.

“I’ve seen more people actually take us more seriously and actually hiring us,” MJ Rodriguez on the opportunities trans actresses are now getting because of the success of Pose. 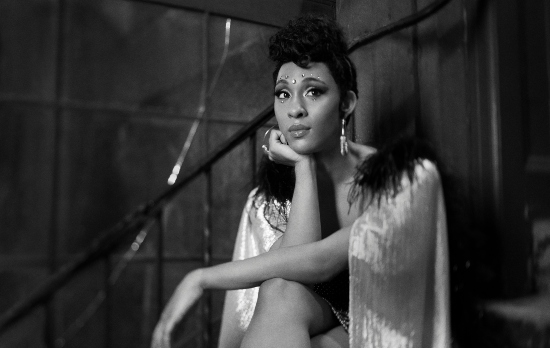 As we enter the second season, audiences in the show and at home are gaining more of an insight into a culture they may not have been familiar with. For Rodriguez, she sees this newfound fame and the responsibility of speaking for her community as both invigorating and intimidating.

“[It’s] invigorating in a way we get to be ourselves and live out loud. Intimidating because there are so many things that come our way. And with what we have to deal with and the responsibilities that we have, [it] can be a little overwhelming,” she explains. “Just making sure that we speak for our community in the right way and that we do the work that needs to be done that a lot of people out there aren’t doing. Whether through our craft or speaking on a platform that we need to be speaking on.”

The first season was very educational for those who may not understand the nuances of the trans community. For instance, Jackson’s character Elektra had decided to have a sex reassignment surgery, commonly known as a “bottom surgery” within the community, and ended up losing not only friends but the man she loved during her journey.

“Throughout the years, many people have had this misconception about being transgender and they have always come from their comfortability,” says Jackson, who has gone through this surgery, about what the show got right in this telling. “But we also have to realize that having gender-affirming surgeries, it is a personal journey. Every trans person’s journey ends in a certain place. My version of complete was bottom surgery. A lot of people just thought we did this surgery because it’s always about ‘getting a man’ or something like that. They never realize that we actually do lose men, lose friends when we decide to go that route. Because they’re not fantasizing about us being our version of complete with bottom surgery. They’re fantasizing about us being in this form with ‘extra,’ as they would put it.”

The show has put many of these actresses and creative people behind the scenes who happen to be trans in great positions of visibility, and Jackson is proud to see that the industry is changing around the show’s success.

“I’ve seen more people actually take us more seriously and actually hiring us,” she says. “Not just placing us into this box or category that we’re only one thing and we can only play that one character. Now, we’re writers, we’re directors, we’re actresses. We’re out here actually showing the talents that we have. We’re showing that we can do the work. I think that’s the best part about it.”

After a life of performing in the ballroom scene, Jackson is just happy to see her world be in the spotlight where it belongs.

“My favorite part is to see all of the extras and all of the people I’ve known in ballrooms over the years, now seeing them have the opportunity,” says Jackson. “When you would go into ballroom, you would really think that it was a night at the Oscars, because we put our best foot forward. It was our place to be fantastic and elegant and live that dream.”

But as audiences and critics are embracing this community and culture on a level that hasn’t been seen since, there are still those who need to be reached in our society and need to understand that these people deserve to be heard and need to be treated equally. This is what Rodriguez hope will be the show’s lasting legacy.

“I just hope that they take the stories extremely seriously,” says Rodriguez. “We are human. A lot of people before this point in time where it’s completely open and understanding, people are taking the time to learn, they weren’t doing that, and I think that is what’s being carried on now. I think that they just need to coddle that more and take it seriously that our lives are very important. Also that there is still more work to be done. There are a lot of us that are still being killed every day… I think ‘Pose’ is one of the shows that tackles those things and carries it on and I hope the audience members carries it on to.”