With the World Series beginning in Boston, many Red Sox fans are sure to be chanting “Beat L.A.” Now, they can wear the sentiment on a shirt while helping to end homelessness in the city.

“We have ‘Beat LA’ t-shirts, and we want to beat homelessness at the same time,” Modell said. 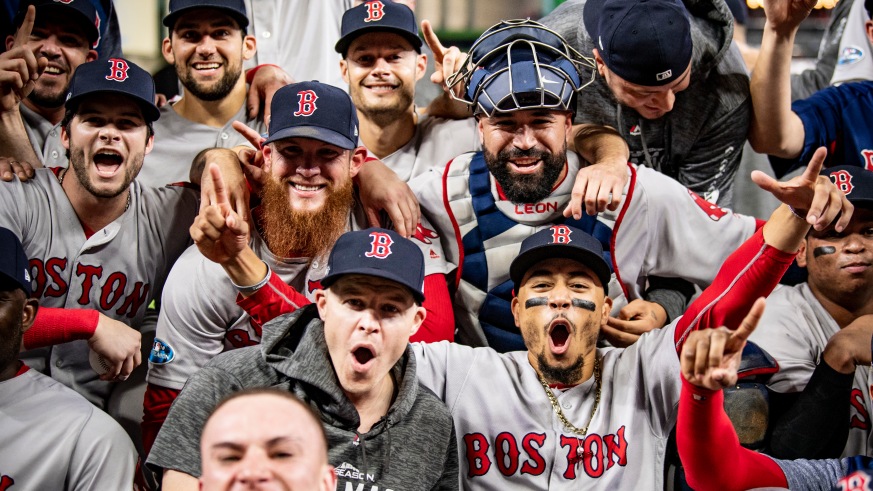 On Tuesday, along with voicing their hopes that the Red Sox beat the Dodgers, city officials also spoke to security efforts ahead of the World Series games.

“The Red Sox catch phrase this year is ‘do damage,’” Walsh said. “That’s for the players in the field and not the fans on the street, I want to be very clear about that.”

Games 1 and 2 of the World Series will be at Fenway Park before the Red Sox head to Los Angeles for Friday’s game.

The Boston Police Department has increased security in and around Fenway Park for the World Series games, BPD Commissioner William Gross said, and ensured that Boston neighborhoods will be fully staffed with officers, as well. There are no credible threats at this time, Gross said, and city law enforcement will be coordinating with federal agencies throughout the World Series.

Officials are reminding fans that they will not tolerate public drinking, disorderly conduct or people climbing on buildings and other infrastructure either during the games or in any celebrations afterward.

“I want to address the fans directly,” Walsh said. “Have fun, cheer and celebrate, be passionate Boston sports fans, but be responsible. Let’s not put a cloud over the great memory here in our city that’s going to be happening over the next seven to 10 days.”

Police met with schools throughout Boston this week to deliver the same message specifically to college students, as well.

The Boston Police Department is also warning fans to be wary of counterfeit tickets being sold ahead of the World Series games.

“We’re in the age of computers, so they’re going to look real and feel real,” said Gross, “but then you will be turned away at the gates because they’re counterfeit. Make sure to buy tickets at reputable agencies.”