Sam Elliott ain’t a fan of Trump, but thinks we need to come together – Metro US
Celebrities

Sam Elliott ain’t a fan of Trump, but thinks we need to come together First off, Sam Elliott’s voice is all too real. When you speak to the legendary actor, even over the phone, it’s the same booming bass you’ve been hearing all your life, in movies like “Mask,” “Road House” and “The Big Lebowski.” What you might not expect is this: He’s not the taciturn macho man he often plays. He’s a talker. And he’s not afraid to get emotional.

Elliott is promoting “The Hero,” which, amazingly, is one of his too few leading roles in a movie — and, he says, the first time someone has written a protagonist with him in mind. He plays Lee Hayden, an actor very much like him, had his career not gone as well as it had. Like Elliott, Lee does voiceover work, but he can’t get a movie role to save his life. When he’s diagnosed with terminal cancer, he reflects on a misspent life, including estranging his daughter (Krysten Ritter).

We talked to Elliott, 72, about death, loss, politics and Lady Gaga.

Most people hate the sound of their voice, but you have a great one. So, how do you feel about it?
Oh, I don’t know. I can take it or leave it at this point. It isn’t gonna get any better. I’ve done well by it, I guess.

I wanted to ask: Have you been asked to reprise your role as the Stranger in the “Big Lebowski” spinoff John Turturro keeps talking about making?
No. I keep hearing rumors he’s going to do one. I hope he does. And I hope they call me. Whether the Stranger’s going to be part of it or not, I have no idea. But it would be in good hands with John, if he was running the show.

Mortality and death are not subjects most people feel comfortable talking about but it’s a big part of “The Hero.”
We’re all faced with it. The older I get, the more I’m dealing with it, that mortality thing. My wife [Katharine Ross] and I just went to a memorial service for an actor named Michael Parks. That’s just one more guy that’s gone. I’ve lost half a dozen friends this year already. And I mean calendar year, not over the space of the last year. If you have the good fortune to go the distance and live a full life, you’re gonna lose a lot of people along the road. I look back and think about all the people involved in my career earlier on — they’re gone. Everyone one of them is gone. It’s heartbreaking, because a lot of them were intimately involved with me having some success. The writer and the first director of “Tombstone” [ed. Kevin Jarre], dead. George Cosmatos, the second director, dead. Powers Boothe, gone. Mortality is a real thing we’re all confronted with.

It must be difficult making a film where it’s the main focus, where you have to deal with it every day on set.
When you get a cancer diagnosis, particularly for this type of cancer, it’s got to be pretty thought-provoking to say the least. I’ve known some people, like Patrick Swayze, who were real close to me who died of that cancer. Making this just brought all that back to me. What a terrible way to go, you know? Anyway: Mortality, buddy. Enjoy it while it’s there. It doesn’t last forever. 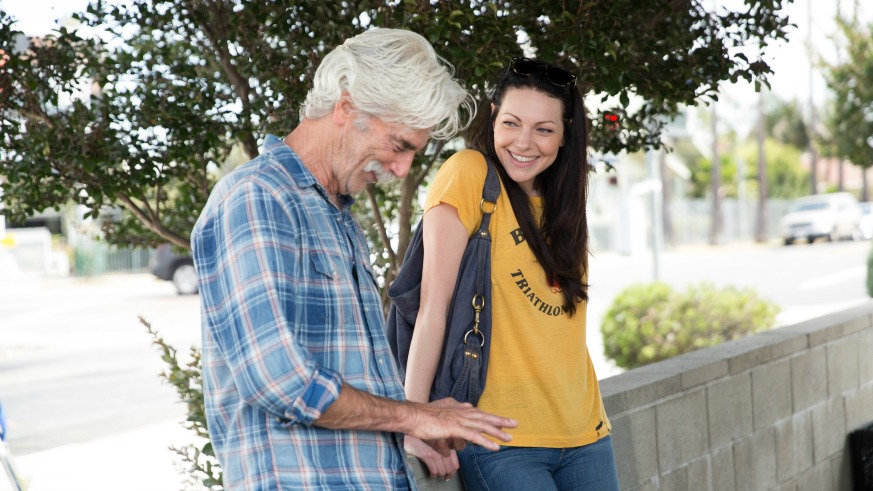 How do you stay sane in this insane age?
Since the election, I’ve found myself turning off the news. And that isn’t a shot at the news, like everybody’s taking. I just don’t want to hear all that s—. I don’t want to hear people yelling at each other on a newscast anymore. I used to watch Fox News and CNN religiously — and equally. Equal amount of time for both of them. But today everyone’s contentious. It’s all contentious. It’s the same with talk radio.

We’ve all forgotten how to talk to each other. I’m afraid to talk to relatives or friends who voted for Trump, because I’m afraid it will turn immediately angry.
Everybody’s at odds with each other. And nothing against Trump. I think Trump won because he didn’t have someone running against him that was electable. But he spoke to that vast whole out there that had been neglected forever. I’m not saying anything new; we all know the truth of it. But god, just the fact that this guy could get elected president is mind-boggling. It just shows you the state of the union. I don’t understand why we can’t look at the bigger picture and work for the greater good. Why does one side have to be wrong? Why does the other side have nothing to say of value? Center of the road, to me, is where we all need to get back to. You’d hear a lot of people criticize me for that, saying you have to make a commitment, you can’t dance down the middle of the road. Well, s—, if they’re not going to reach across the aisle and at last talk to each other, and work on the art of the compromise, then it’s pretty bleak.

I should end this on an up note, so: You’re shooting Bradley Cooper’s remake of “A Star is Born,” which means you’re in a movie with Lady Gaga. I find that pretty surprising.
Me, too. That’s why I’m doing this thing — for her. Nothing against Bradley. I love Bradley. It’s incredible to see him on set, directing and acting, not only playing guitar and singing like he’d been doing it for his entire career, but in command. In command and in control. This guy’s work ethic — he’s about being honest in the work.

Do you listen to Lady Gaga?
I listen to a lot of her music. My daughter’s as big a fan of Lady Gaga. By virtue of that, I’ve been listening to her music since the get-go. I took Cleo, my daughter, to work, and she got to have an incredible encounter with Stephanie. I was so proud and so happy; that’s one of the great gifts that comes along once in a while.

P.S. If you live in New York, you can see Sam Elliott himself, as he appears at screenings at the Quad series, “Sam Elliott x 4,” which includes “Mask” and “Road House.” He’ll also be doing Q&As at select screenings of “The Hero.”