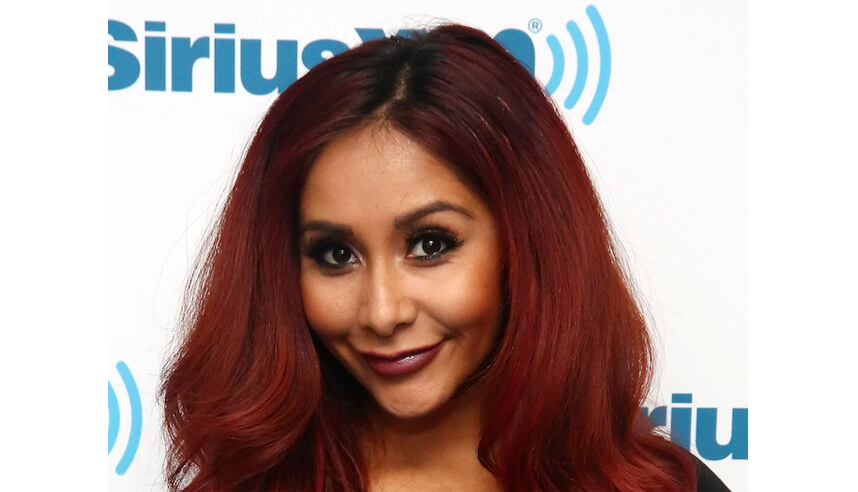 Even though she got her start fist-pumping and partying on MTV’s “Jersey Shore,” Nicole “Snooki” Polizzi is more than ready to move on.

Related: The best Gwen and Blake moments on ‘The Voice’

“I’m trying to get away from all that, because it’s been five years now and I’m trying to show people who I am today,” says the 28-year-old, who recently returned to her beachy roots for an entirely different reason: to film her new show “Nicole and Jionni’s Shore Flip.”

On the reality series — airing Wednesdays at 9 p.m. on FYI — she and her husband Jionni LaVelle are tackling the real estate market and flipping a house.But don’t expect any cameos from her “Jersey Shore” pals, like JWoww or Pauly D.“Even though we’re all still friends, I’m trying to keep it between me and my husband, because this is our project,” Polizzi explains.

Leaving her party days behind
“Obviously all of our lives are different,” Polizzi says, when asked how she’s changed since “Jersey Shore” ended in 2012. “I have two kids now and I’m married. It was kind of like my college years. Like everyone, they go to college, they grow up, they settle down. So it’s kind of the transition that I’ve made.” Her adorable children, Lorenzo and Giovanna, even make cameos on the show.

Of course, she still has love for her old roommates, adding, “I do miss hanging out with the roomies, but as far as partying all summer, I’ve been doing that since I was like 16, so I’m over it.”

Rebuilding the shore
So, why flip houses? She explains, “It was a goal that Jionni and I always wanted to accomplish, because we loved building our house so much from scratch. Everybody is flipping houses, so we wanted to jump on the bandwagon.”

But the ties go even deeper than that: “We also wanted to try to help out the shore, because things are still devastated from [Hurricane] Sandy, so we wanted to give back to the community and make it beautiful again.”

She’ll be tuning in, too
To get the full viewer experience, Polizzi admits, “I’m watching [the episodes] for the first time with everybody else. I always like to watch my shows like it’s not me, just a viewer watching and getting my actual reaction.”

As for what she’s seen so far, she says, “I’m just laughing. I love it. I think we’re so cute as a couple, and it definitely shows the people we are, so it’s true to our characters… Even though it’s a flipping show, we still have fun. It’s one of my favorite shows that I’ve ever done.”