Charles Mills was arrested around 5:20 a.m. Monday after transit police officers responded to a call reporting an MBTA employee being assaulted at the Red Line station.

Once at Alewife, officers saw several people trying to restrain a man on the train platform, later identified as Mills. The officers intervened and were able to put Mills in restraints following a “brief struggle,” they said.

Witnesses at the scene told police that Mills had been “screaming profanities regarding holding the train” while seated on a bench.

“Suddenly and without provocation,” transit police reported, “Mills got up from the bench and violently attacked a female MBTA employee, who was walking past Mills, throwing her to the platform.”

Mills allegedly continued to assault the woman while straddling her. After she was able to break free and get up from the ground, he began to punch her, police said, at which point several other MBTA employees came to her aid.

The woman was transported to a local hospital for evaluation. Mills was placed into custody and transferred to the Transit Police Department headquarters for booking. He was charged with assault and battery and resisting arrest.

The incident follows a previous assault on a Red Line train that occurred last week. Transit police have asked for the public’s help identifying a group of people who beat a man on Monday, May 28 onboard a Red Line train between Broadway Station and Andrew Square Station.

The man was beaten to the point where he needed surgery, the Boston Globe reported.

Transit police released pictures of the suspects on Friday, June 1. Three men and one woman are wanted for identification and questioning concerning that assault. 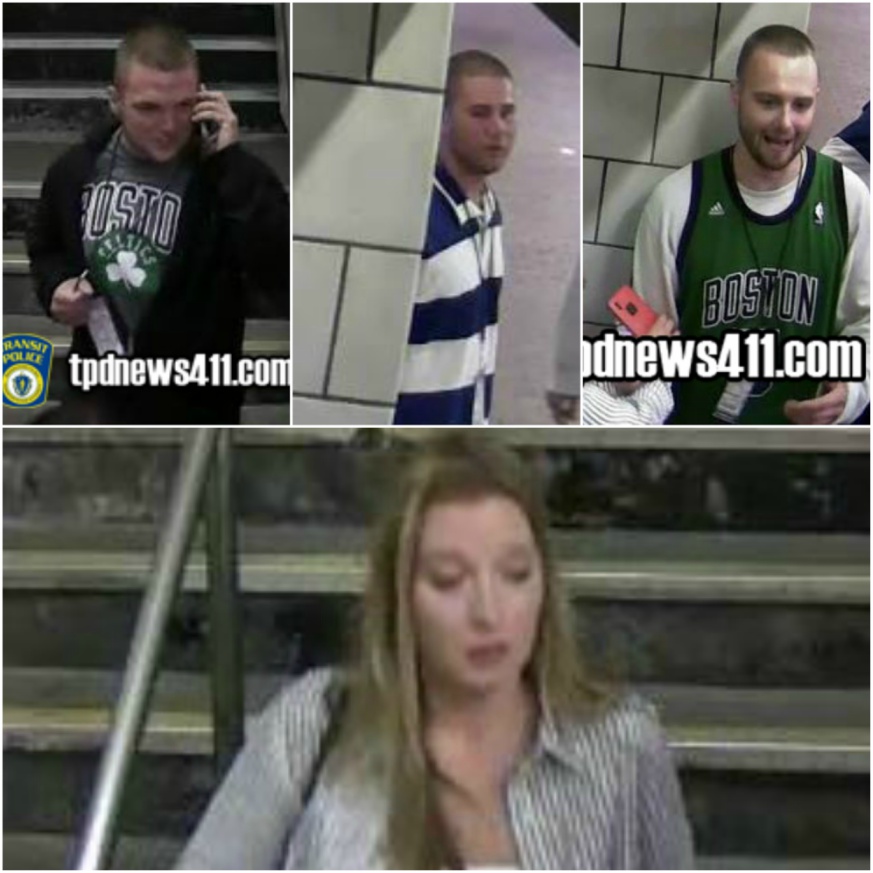