What if we told you there really is “one simple trick” to eating healthier?

Well, there is one — and it has nothing to do with taking raspberry ketone pills washed down with a cocktail of apple cider vinegar, lemon juice and cayenne pepper.

A study by researchers at King’s College in London found that getting the adequate amount of sleep each night can lead you to eat fewer junk foods that are loaded with sugars and fats.

For the next seven days, all participants kept sleep and estimated food diaries. They also wore a motion-sensor on their wrists that measured their sleep and how look it took them to get to sleep after getting in bed.

At the end of the trial, the researchers found that 86 percent of those in the sleep advice group increase their time spent in bed — and just over half increased their sleep duration from anywhere to 52 to 90 minutes. Only three managed to average seven to nine hours of sleep a night.

There was no difference in the control group.

The amount of sleep participants got each night proved to have a positive correlation with their diets. The researchers found that those who extended their sleep reduced their free sugar consumption by 10 grams when compared to baseline levels, along with a decrease in carbohydrate consumption.

“The fact that extending sleep led to a reduction in intake of free sugars, by which we mean the sugars that are added to foods by manufacturers or in cooking at home as well as sugars in honey, syrups and fruit juice, suggests that a simple change in lifestyle may really help people to consume healthier diets,” said principal investigator Wendy Hall, from the Department of Nutritional Sciences at King’s College London. 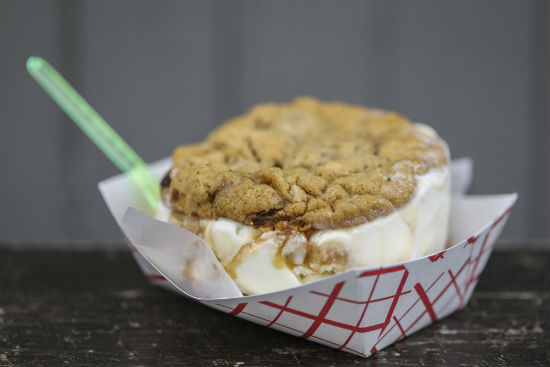 It might be a badge of honor to be “so tired” in today’s fast-paced world, but a lack of sleep is directly correlated to developing severe health problems, including high blood pressure and cardiovascular disease.

“Our results also suggest that increasing time in bed for an hour or so longer may lead to healthier food choices. This further strengthens the link between short sleep and poorer quality diets that has already been observed by previous studies,” added lead researcher Haya Al Khatib.

The next step is to study how extra sleep impacts diet in those who already have conditions like high blood pressure and cardiovascular disease.

So, don’t feel bad about sleeping in that extra hour — you’re only doing it for your health! And tell your perpetually sleep-deprived pals to swap their donuts for a blanket and pillow.