However, as initial episodes showed great narrative promise, further episodes exposed repetitive, paper-thin plots and hammy dialogue. Applying an overlay of “technology is bad,” it turns out, doesn’t make for compelling television. Just because a writer has a perspective doesn’t mean the writer has any insight. “The Twilight Zone” churned out 154 episodes in its initial run. “Black Mirror” has churned out 24 narratives and it’s clearly pretty well out of ideas. 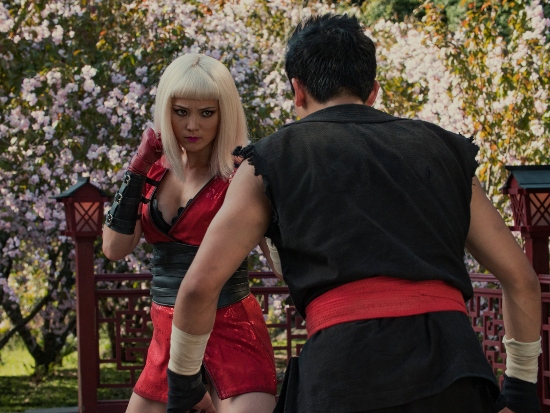 It’s not that the three stories aren’t interesting concepts in their own right. It’s that none of them really seem to know what they’re doing and why they exist. It’s as though they’ve (for the most part) tossed out the technology-is-bad rule on the whiteboard and changed it to “technology is ‘?’” and left it at that.

The first episode, “Striking Vipers,” explores the source of passion for two men who are living “very different lives” because one has a family and one is single — somehow, there’s an unreachable cultural chasm. And while there are genuinely touching moments, and considerate ruminations on the benefits of transhumanist concerns, there’s also a generous tone of homophobia excused as a character arc. It’s basically a riff on the sentimentality the show created in the past episode, “San Junipero,” and hopes to capture that same feeling. It’s not a bad thing. It just feels familiar.

The tricky thing is that every adult in the world right now is well-aware of the negative side effects of technology on our cultural landscape. Finding an insightful point of view while crafting a good story is something difficult to pull off. The second episode, “Smithereens,” is a promising premise that is impressive in how quickly it finds itself to be incredibly dull.

Is it a suspense thriller? It finds a way to be suspenseless. Is it a critique of tech giants and their aim to be omnipresent in our lives? That’s a facile theme that the show has run into the ground and we won’t stay with that too long. Is it a rumination on addiction? Kind of? Is it about free will? That seems like a pretty loaded topic, so we’ll skirt that one — we’ve only got an hour here. Is it that social media now acts as our collective memory? I think so, but nobody really seems to think about anything long enough to know, so it’s better if we just move on, which seems to be the point.

There’s a decent adage that all forms of technology can ultimately be utilized as a tool or toy. Their design may be neutral, but how we choose to use them can either be in the aim of “production” or the aim of “entertainment.” And it works best when it serves up a cautionary tale of when technology or our utilization goes too far on either end of that spectrum. The problem is that all of these episodes are stuck in neutral.

It’s acceptable for a show like “Black Mirror” to be implausible or to ask you to really use your willful suspension of disbelief, but the degree to which the third episode, “Rachel, Jack and Ashley Too,” asks us to go without much of any return is a bit of a violation of the audience’s viewing compact. This one is plagued with the same identity problems as the second one but with an even more painful third act. This fatuous exercise finds a way to want to be a teen movie, buddy-cop movie, an extended princess-in-the-tower trope, and a family drama. Also, one of the characters’ minds has been replicated inside of a miniature robot, which, I guess it’s funny to see a little robot casually swear if you’re using your imagination for the first time. There’s a moment at the end when the pop princess has gone punk, and we have a painful visit to what an actual living, breathing adult thinks a “rock show” is like in 2019. It’s hard not to hide or run out of the room.  In a knife twist, the little robot is now “punk AF,” and literally has a little anarchy symbol stuck onto its chest.

This nod to co-opted culture is perfectly symptomatic of what “Black Mirror” is in 2019: narratively co-opted, pandering to its audience without realizing that it’s entirely out of touch. What was once a challenging and interesting friend is now the person at the bar who can’t stop saying embarrassing things, and has too much time on their hands and doesn’t use it wisely.

Check out the trailer for Black Mirror season 5 below…