‘The Voice’ Recap: Battle Round 4 – Metro US
Entertainment

‘The Voice’ Recap: Battle Round 4 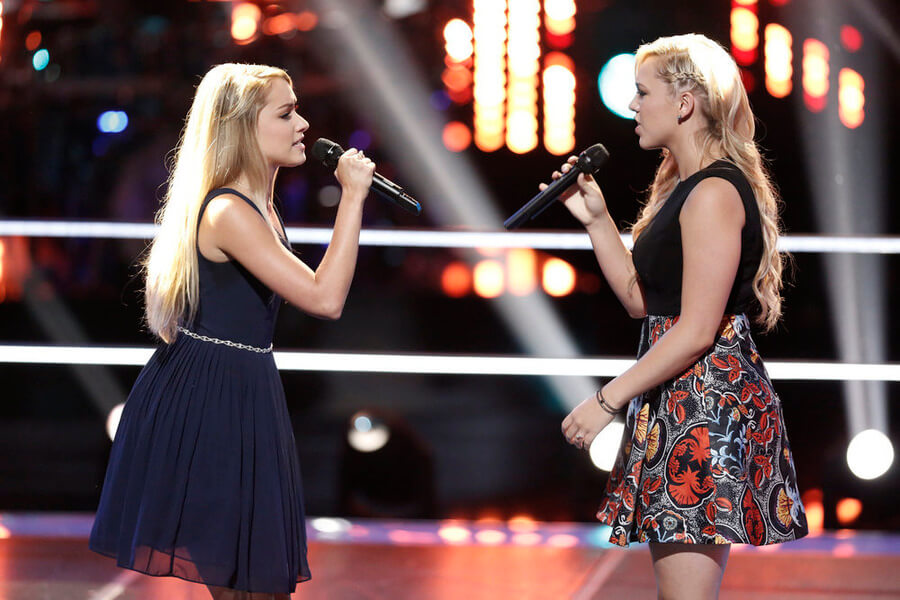 Adam’s first battle pairing of the night was Amanda Ayala, a small town girl looking for her big break, versus country singer Shelby Brown. Adam gave these young artists the powerful vocal of “Edge of Seventeen.” Amanda had a slow vibrato and great rasp to her voice, but Shelby could fill the room with just one note. Adam had a lot of praise to give both artists, but ultimately chose Shelby as the battle winner.

Pharrell paired folk singer Amy Vachal versus country duo Jubal and Amanda, singing “To Love Somebody.” Amy’s challenge was to fight to be heard over two voices, while Jubal and Amanda faced the challenge of synchronizing their harmony. Gwen said Jubal and Amanda had such strong voices together, but Amy was a star all on her own. Blake said he couldn’t see how Pharrell could move forward without Amy, and Pharrell apparently couldn’t either.

The final pairing of the night were country singers Emily Ann Roberts and Morgan Frazier from team Blake. The girls went head to head singing “I’m That Kind of Girl.” Morgan had a strong and sturdy voice, while Emily Ann gave a fun and energetic performance. In the end, Blake went with his gut and chose Emily Ann, giving Pharrell the opportunity to use his final steal on Morgan.

Stay tuned for next week, where Rhianna will be joining The Voice to help all four coaches prepare their artists for the hard-hitting Knock Outs.