For horror movie fan and bartender Eirikur Hallsson, every day is a good day for a scare.

Don’t worry though — there are only treats on the new Halloween-inspired cocktail menu of 10 drinks served at the bar inside, appropriately, Hell’s Kitchen restaurant Gloria.

“Horror movies have an amazing way of getting people together and excited,” he explains. “They are incredibly evocative and force us out of our comfort zones to a point of vulnerability that fosters an amazing bonding connection between people.

“Alcohol also has that ability, so why not combine the two?” 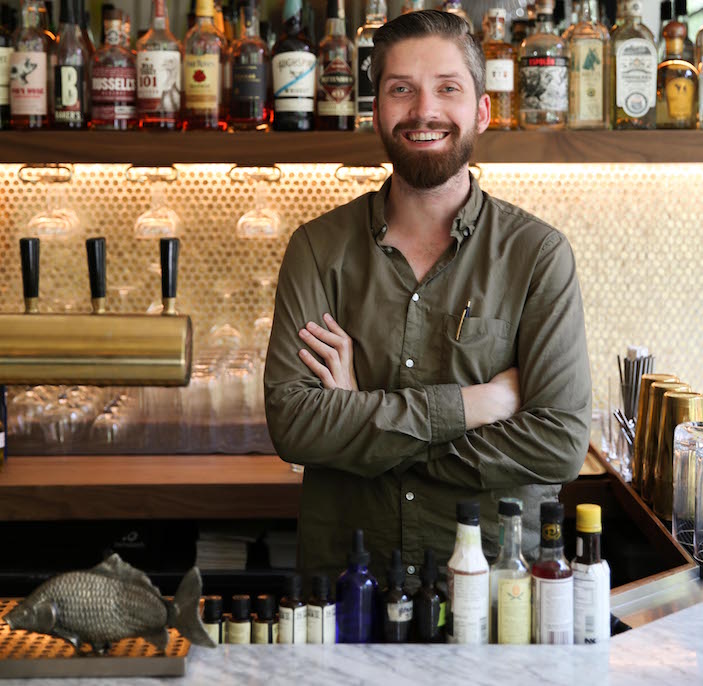 “I specifically highlighted the ‘80s because a lot of people view the era as the cream of the crop for horror movies. New technology was coming out, new ways to make prosthetics; they had great visuals with an underlying sense of dread.”

Camp Crystal Lake from Bar Director @eirikurthetik. Once a peaceful lake enjoyed by many over the summer months, it now stands barren, a shell of its former self. In 1957, Jason Voorhees, a young man with debilitating disabilities, was thrown into the namesake lake by his camp companions who watched as he drowned. Since then, Jason has haunted the campgrounds, though attempts have been made to end his tirade and re-open the camp on several occasions, leading to an unfortunately high body count, and the grounds barren to this day. Not even space is safe from Jason’s curse. Drowned In Crystal Lake: Plantation Stiggin’s Fancy Pineapple Rum, Punt e Mes, Dash Fire Bitters Old Fashioned Bitters, grapefruit twist. #pineapple #rum #pineapplerum #vermouth #puntemes #bitters #oldfashioned #rumoldfashioned #grapefruit #twist #cocktails #fallmenu #80shorrormovies #fridaythe13th #jasonvoorhees #nyc #bartenderlife #shakesthebartender #halloween #halloweentheme

Hallson, who’s originally from Iceland, got into horror films at age 4 at his grandmother’s house. She and his mother would talk in the kitchen, “and I would be in the TV room, and she only had two cassettes: Predator and 48 Hours, which are both extremely violent, crazy movies,” he recalls. “So I would just sit there, 4 years old, watching Predator on repeat all the time.”

He’d watch bootlegs of American films that friends on trips to the U.S. recorded from television and brought back to Iceland. “That’s how I got into Fright Night, Gremlins, all things like that. Once we moved to the States and I found out about Halloween, it was game over.”

His mom was OK with it all because, in the late ‘80s and early ‘90s, anything American had a cachet to it, Hallsson explains. “America at the time had that very prosperous look and feel to it. There was a sense that there was something to gain from these movies.” 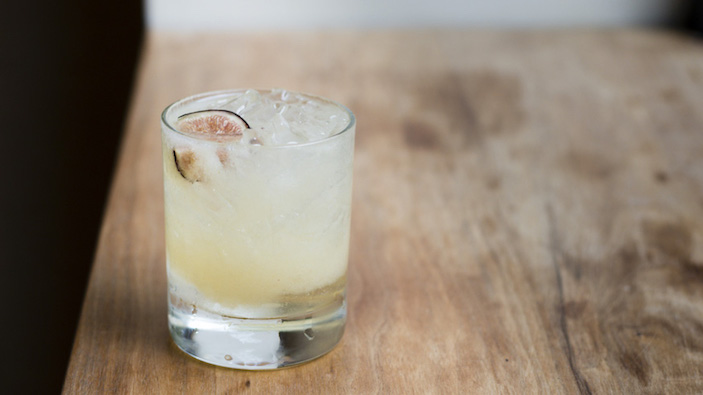 To create the cocktails, Hallsson picked out elements that tied back to the films. For Naturom Demento, the Latin name for Book of the Dead from The Evil Dead, has a slice of fig because “the inside of it looks like torn muscles,” plus a little smoky edge from mezcal.

The Poltergeist-inspired Come Into the Light has an opaque, ghostly appearance and a mean edge from green chartreuse.

“I’m always coming up with cocktails, there’s not really a point when I’m not creating something,” he says. “It keeps me up at night.”