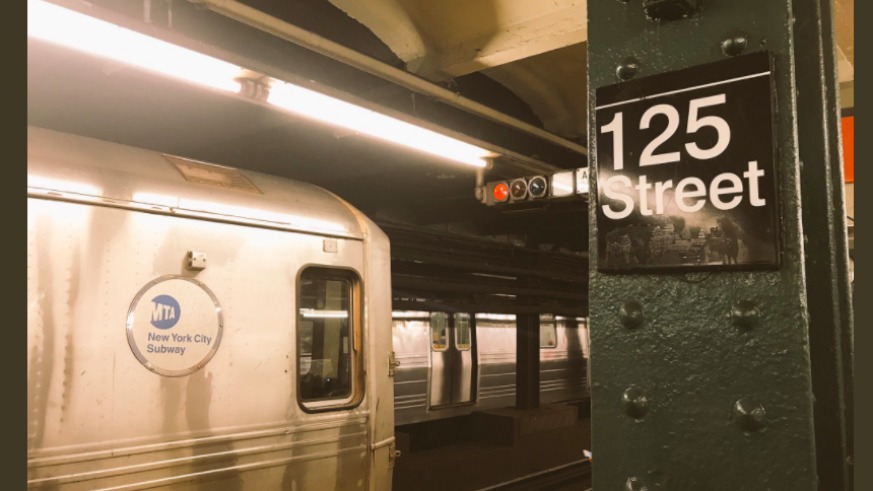 Updated, 2:15 p.m.: Two MTA maintenance supervisors have been suspended in the wake of Tuesday’s A train derailment in Harlem, an agency official said.

The two were in charge of a rail replacement near 125th Street in which unused rail was placed in the center of the subway track. While a common practice, the loose rail caused the A train to jump the track during the Tuesday morning rush hour, leaving 34 passengers injured after the train struck the tunnel wall, tore open a door and damaged the track.

“The two supervisors who were responsible for the oversight of the work have been suspended without pay pending a formal review process,” MTA spokeswoman Beth DeFalco said.

“They’re fast to point the finger at employees. To blame them right away, when the investigation is not even complete … is ridiculous,” Mike Carrube, president of the Subway Surface Supervisors Association, said.

Original story, 9:52 a.m.: Tuesday morning’s derailment of a southbound A train near 125th Street in Harlem was reportedly caused by human error, the MTA said.

A piece of replacement rail was incorrectly stored on the tracks, and the storage of such parts is now being investigated systemwide, agency officials said.

The derailment occurred between 125th Street and 135th Street during Tuesday’s rush-hour commute and left at least 34 people injured. Straphangers were evacuated amid darkness and smoke after the train hit a tunnel wall.

During my trip from 145th Street to Fulton Center in the Financial District, the downtown A train arrived at 145th Street packed, and remained so for the entire trip, with many New Yorkers unable to fit on the train at various stops down Manhattan’s Upper West Side.

According to an MTA announcement at 9:07 a.m., service on the A, B, C and D trains resumed with “extensive delays” after emergency work occurred overnight.

#ServiceAlert: Following overnight emergency repair work at 125 St, A, B, C and D train service has resumed with extensive delays.

According to The New York Times, a southbound A train derailed almost 20 years ago in the same area. That crash was also caused by human error, when a worker flipped the wrong track’s switch on July 3, 1997. A subway car broke in half after jumping the track, causing injuries to 13 passengers and two firefighters.