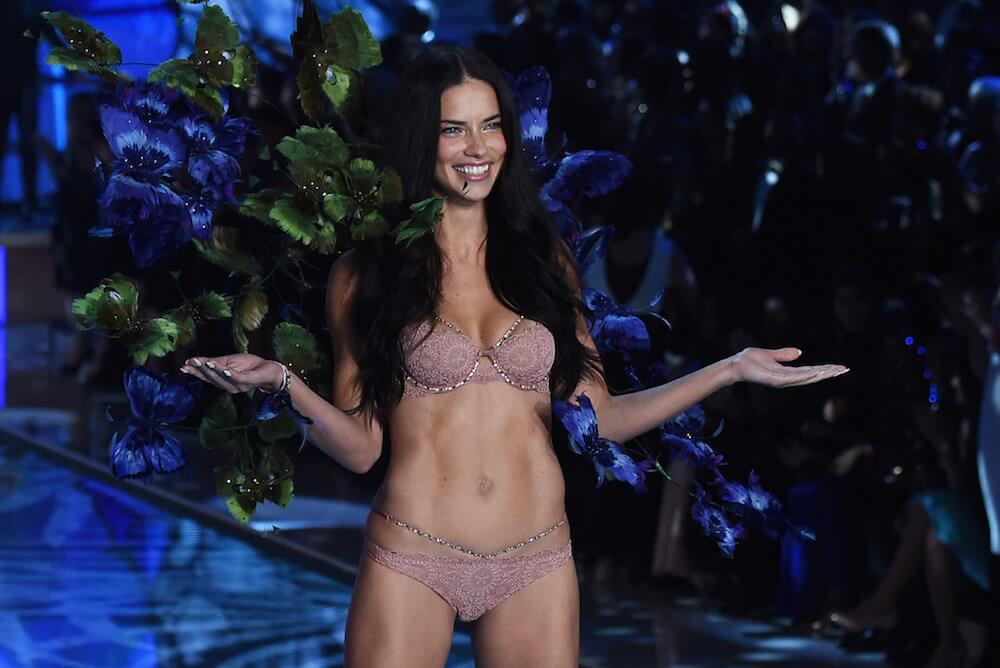 With her hair pinned in curls, her makeup half-finished, and wearing a skimpy, pink candy-striped silk Victoria’s Secret robe, multi-tasking Adriana Lima is talking to reporters while simultaneously posting a video to Instagram.

The Brazilian supermodel’s career was already well underway when the social media wave broke, but she’s by no means shy of fans, amassing a whopping 6 million and 2.27million followers on Instagram and Twitter, respectively.

However, the 34-year-old runway veteran admits that she has a few tricks left to learn.

“The photographer was teaching me how to tag him on Instagram,” she says. “I’ve just learned something new right now.”

This year, the brunette beauty is walking in the company of high-profile, social-media savvy newcomers Gigi Hadid and Kendall Jenner. In recent years, model agents have started to monetize their models’ social media following and when coupled with the Victoria’s Secret Fashion Show audience topping tens of millions of viewers across 185 countries, it makes for very big business.

But while the selfie culture is now a part of every model’s arsenal, Lima understands that it’s very much a generational thing, with her young daughters (Valentina, 6, and Sienna, 3), who feature in Lima’s Instagram feed, already being more tech-savvy than their mother.

Understandably, Lima, like most celebrities, is keen to avoid any embarrassing fallout from a poorly worded tweet or embarrassing Instagram pic, something that could undermine her charitable work for the Caminhos da Luz orphanage in her hometown of Salvador, Bahia, Brazil. The devout Catholic has also given her time to the St. Luke Foundation for Haiti, as well as Bill and Hillary Clinton’s Clinton Global Initiative.

Lima doesn’t take her status lightly, explaining, “It’s a big responsibility because you have so much exposure worldwide and there are kids, and teenagers that relate themselves to you.So as much as I can, I try to have a good influence in whatever I say and whatever I do in my everyday life.”

The Victoria’s Secret fashion show will air Tuesday Dec. 8 at 10/9 central on CBS.