Want free ice cream from Dairy Queen? Here's how you can get some - Metro US
Food & Drink

Want free ice cream from Dairy Queen? Here’s how you can get some Not only is Tuesday, March 20 (tomorrow!) the first day of spring, it’s also Free Cone Day at Dairy Queen.

“This is all about connecting with our fans and not just about telling them, but showing them how much we appreciate their loyalty,” Barry Westrum, former Executive Vice President of Marketing for American Dairy Queen Corporation, said of the first annual Free Cone Day in a 2015 news release. “After all, our fans have been supporting us for 75 years, so we thought it would be fun to bring the celebration to them.”

Clearly it’s been a success the past three years — I mean, who wouldn’t love free ice cream for a good cause?

What can I get at Dairy Queen on Free Cone Day?

But remember, customers are encouraged to make donations to the Children’s Miracle Network Hospitals when they go receive that small vanilla cone. Last year, Dairy Queen raised $300,000 for local hospitals in that network, Delish reports.

According to the Dairy Queen Facebook page, they’re also offering anyone who joins their text club a free chocolate-dipped cone: “This year, participating DQs will also offer a FREE DIP to Fans who join our Text Club — Text DIP to 31996 to Dip for FREE!”

“We’re excited for our fourth annual Free Cone Day,” Maria Hokanson, the current Executive Vice President of Marketing for American Dairy Queen Corporation, said in a statement. “This day has become a spring tradition and a sign that warmer weather is upon us.”

We’ll be all smiles on Free Cone Day, so bring on the sunshine and soft serve. 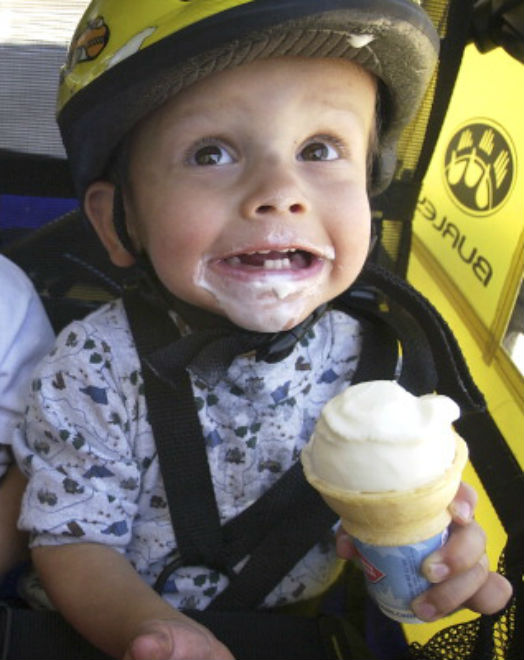