Watch the first official teaser trailer for GoT season 8 We still have to wait until next year for the epic conclusion to GoT. But, a standalone Game of Thrones season 8 trailer (though more of a teaser, we admit) has finally been released. And, it’s all about the throne.

Everything GoT fans do, we do for the throne. We stay up late watching reruns of our favorite episodes in the hopes that we’ll uncover some minor yet earth-shattering detail we missed before.

We, perhaps, practice our fighting skills for the Great War between the white walkers we love to hate and the good guys led by Jon Snow (really Aegon Targaryen). Or, maybe we brand ourselves with GoT tattoos. What better way to prove our devotion to protecting everyone south of the Wall? (Well, everyone except for Queen Cersei.)

HBO released a GoT teaser in August, but it included previews of every show coming to TV screens next year. The clip shared on GoT’s Twitter feed today is the first standalone one.

“Every battle. Every betrayal. Every alliance. Every risk. Every fight. Every sacrifice. Every oath. Every death is all #ForTheThrone,” text from this teaser trailer reads.

And, with the Game of Thrones season 8 trailer, HBO officially narrowed down the release date for this final chapter: April 2019.

Watch the Game of Thrones season 8 trailer below:

Every battle.
Every betrayal.
Every risk.
Every fight.
Every sacrifice.
Every death.
All #ForTheThrone. pic.twitter.com/WReVt473SH

“A girl needs a trailer,” one Twitter user wrote, channeling Arya Stark. Many others begged for fresh season 8 footage.

A representative from HBO tells Metro they do not have any information about the release of an official trailer (with new footage). 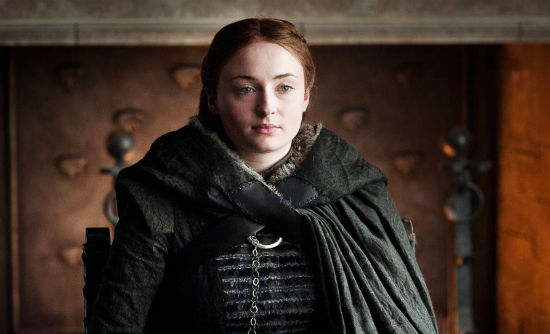 We know that GoT season 8 will consist of six feature-length episodes. We also know that the Great War between the army of the undead and the living will come in full force.

There will be more bloodshed than ever before and some complicated questions to answer (i.e. What will happen to Jon and Daenerys when they find out they’re actually related?).

Here’s another one for you: What would you do for the throne?