What time do the polls close? A guide by state - Metro US
Politics

What time do the polls close? A guide by state Today’s midterm elections are expected to reach the highest voter participation in almost 50 years. And, if you didn’t vote early this year, it’s even easier to get to the polls with discounted rides from services like Uber and Lyft (AKA, there’s no excuse to stay home). For those waiting until the end of the workday, or still deciding if casting a ballot is for you, the polls close later than you think. You’ve got plenty of time.

Note: If you need convincing, just head over to the Twitter-sphere.

“Today is the day,” Obama wrote before noon. “Today, it’s your turn to raise your voice to change the course of this country for the better. So make it count. Get out there and vote.”

There’s also this tweet from Axl Rose that speaks, rather bluntly, for itself:

When polls close: Find your state

Use the following guide to find out with the polls close in your state (local time) based on online data.

Voters receive ballots by mail in Colorado, but those who wish to cast ballots at the polls must do so before they close at 7:00 p.m. local time (as mentioned above).

Most polls in New Hampshire close by 7:00 p.m. local time, but hours may vary.

In, North Dakota the polls may stay open as late as 9:00 p.m. local time, depending on where you live. Find your nearest polling location on the North Dakota State Government website.

In Tennessee, how late polls stay open varies by municipality. According to Tennessean.com, you must cast your ballot by 7:00 p.m. CST and 8:00 p.m. EST. Click through to tnsos.org/elections for more.

And, check out Metro’s specific guides on midterm elections in New York, Pennsylvania and Mass. 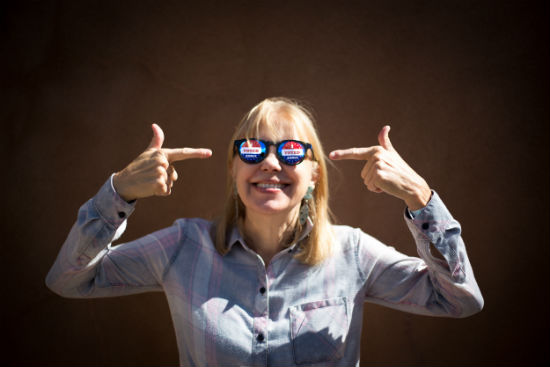 “I voted because I think it’s extremely important for everyone to make their voice heard,” one Metro staffer says, “even if it seems as though one vote doesn’t make an impact, in the long run, every single vote and person counts.”

Another staffer declares, “I voted today to send a clear message that racism and bigotry are not things that I want to define the country that I live in. We need to put checks on a government that rules with greed over empathy and shows no sign of changing.”

It’s not too late to practice your civic right.