“In a hole in the ground, there lived a hobbit” is the famous first line of The Hobbit, so it seems natural that visitors to the Morgan Library’s new J.R.R. Tolkien exhibit enter by walking through the door of Bilbo Baggins’ home in The Shire.

Now on display in the museum’s third-floor gallery, Tolkien: Maker of Middle-Earth is the largest-ever collection of The Lord of the Rings author’s work — and also his life. Organized by the Bodleian Libraries at the University of Oxford in collaboration with the Morgan, many of the 115 manuscripts, watercolors, handwritten notes and many of Tolkien’s equally enchanting drawings are rarely on public view, and this is the exhibition’s only U.S. stop.

“Tolkien’s Middle Earth speaks to so many of us because it is a complete world. It has geography, it has history, it has language,” says organizing curator John McQuillen. “We are not reading isolated tales but a much richer and interwoven narrative.” 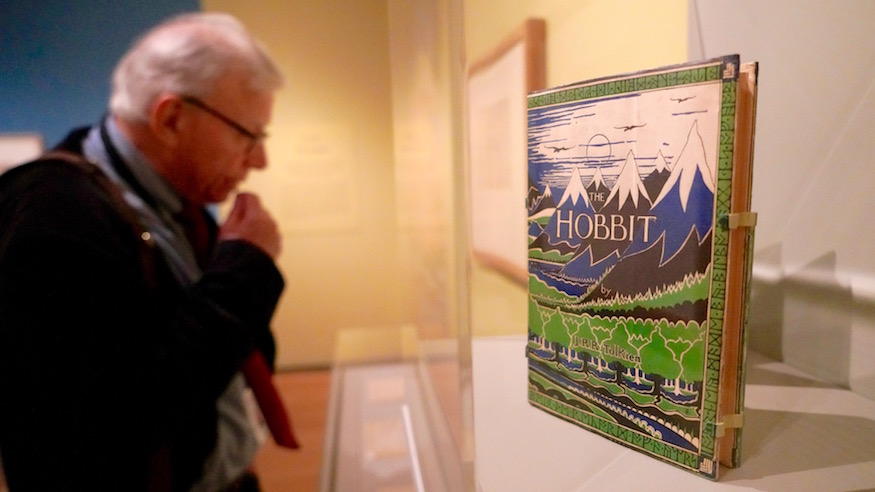 The exhibit features no props of costumes from Peter Jackson’s movie adaptations, but even the natural beauty of New Zealand where they were filmed would take away from Tolkien’s incredible illustrations. The drawings range from his school days through retirement, of dark woods and the splendid colorful lair of the dragon Smaug that ended up as the covers and illustrations inside his books. The detailed maps are so intricate, each forests has its own types of trees.

“Personally, I would place his illustrations alongside those of Beatrix Potter, Antoine du Saint-Exupery and Maurice Sendak as artists who so clearly visualized the worlds of their story,” says McQuillen.

In addition to the exhibit, the Morgan will host various events including map-making for kids, a watercolor landscape painting class and an after-hours themed party for adults. 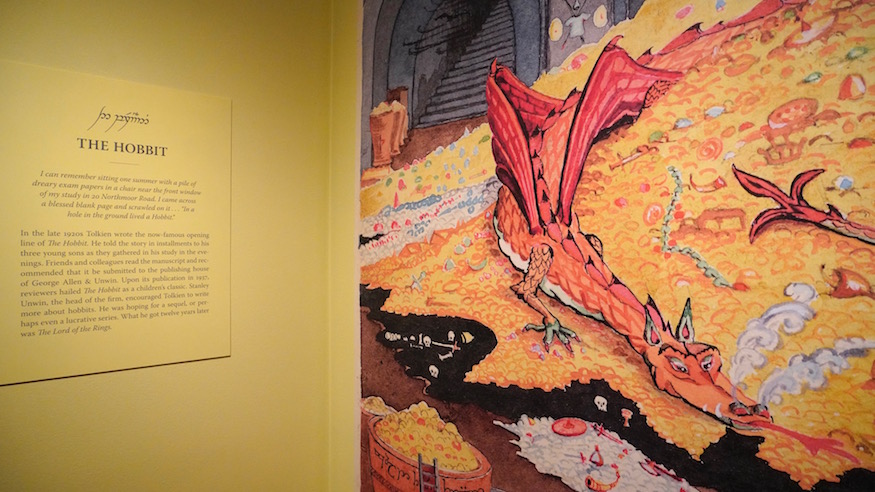 But the most compelling part of the exhibit is JRR Tolkien himself. Born in 1892, John Ronald Reuel Tolkien’s life — even his name sounds otherworldly — is shown in the most wonderfully intimate photographs of his life from childhood through his time at Oxford and, most importantly, his wife and four children.

“Every year for nearly 25 years, Tolkien wrote letters as Father Christmas to his four children,” says McQuillen, which are part of the exhibit and accompanied by illustrations (of course). “The letters are written in a shaky hand because it is after all cold in the North Pole and include adventures about Father Christmas and his friend, the North Polar Bear.”

Indeed, all of Tolkien’s values are coded into his books. His love of pastoral life in The Shire, the love story of The Silmarillion, the horrors of World War I that he saw first-hand in the trenches in The Lord of the Rings. Anyone looking to understand Middle-Earth better needs to look no further than the man who created it.

Tolkien: Maker of Middle-Earth is open Jan. 25-May 12 at the Morgan Library, 225 Madison Ave. Admission is $22 for adults and free for children under 12.