Will Felicity Jones return as Jyn Erso? Here is what we know about her Star Wars future

Felicity Jones has confirmed her interest in returning as Jyn Erso in the Star Wars universe.

The British actress originally debuted as the heroine in Rogue One, the 2016 prequel to 1977’s Star Wars: A New Hope. However, the fact that Erso died at the end of the film, when Scarif was blown up by the Death Star, meant her return initially seemed unlikely.

But the recent announcement that Diego Luna’s Cassian Andor, who also died alongside Erso at the end of Rogue One, will appear in a new Star Wars series for Disney’s upcoming streaming service immediately sparked hope that Erso could return in some capacity, too.

How do we know that Jones is interested in returning to a galaxy far, far away, though?

Simple. Jones actually confirms her interest during a discussion with Constance Wu on Variety’s Actors On Actors.

“I loved playing that character so I actually, in an opposite way, I would really like to have more consistency and come back and bring Jyn back,” she admits. “I would actually like that for a couple of years.”

In the days after the above quote was released Metro spoke to Jones about her performance as Ruth Bader Ginsburg in On The Basis Of Sex, during which time she was probed for some more information on her possible return to the Star Wars universe.

“I was thinking recently how Ruth Bader Ginsburg had the force within her. I feel she should be an honorory person for the Star Wars universe,” was Jones’ original attempt at deflection. 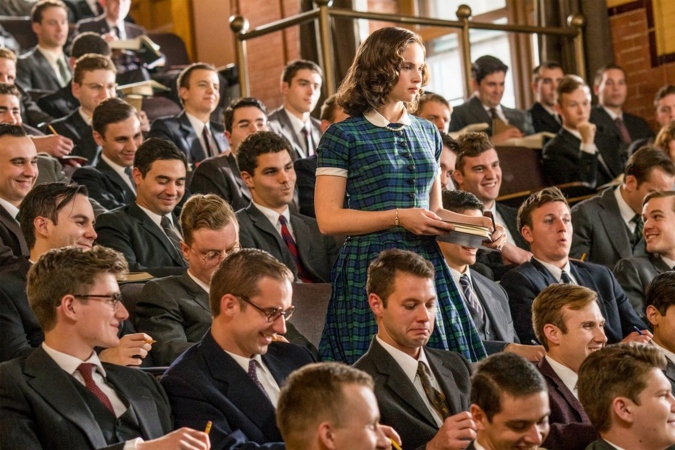 But this only prompted a second attempt at an answer. ”I absolutely loved playing her so I would absolutely not rule anything out. She was an awesome character. So we’ll have to see.”

While we wait for further updates on her Star Wars future, make sure to check out Felicity Jones in the Ruth Bader Ginsburg biopic On The Basis Of Sex, which was just been released into theaters.