Will there be a Bumblebee 2? What’s the future for the Transformers universe? Here's what its producer told us - Metro US
Movies

Will there be a Bumblebee 2? What’s the future for the Transformers universe? Here’s what its producer told us

While we’re still not exactly sure how Bumblebee links to the previous Transformers films if its box office can match its critical response then there is a bright future ahead for the universe.

Writer Christina Hodson is hopeful that will include a Bumblebee sequel, which she is obviously very interested in returning for, telling Metro, “We shall see. I have told them they can call me anytime. I know what I would want to do with it.”

Producer Lorenzo diBonaventura was more open about the potential growth of the Transformers universe away from Bumblebee.

“We actually have an animated movie in the works that will tell the whole Cybertron mythology. The fans will love that,” diBonaventura teases. “We’re trying to figure out an [Optimus Prime solo movie].”

After Bumblebee, what next for Transformers?

However, diBonaventura admits that trying to create an Optimus Prime solo movie will be rather tricky.

“It will be hard with Optimus, he is always right, very stoic and is a man of few words … It is kind of like saying, ‘Lets do a movie about Obi-Wan Kenobi?’ But how much is there to say about Obi-Wan? It is not so easy.”

DiBonaventura has a long and storied history when it comes to building franchises. But how different is this process in the current movie landscape now that there are so many cinematic universes?

“I’m not sure it is any different at all. In the sense that, I have been very fortunate, I was involved with Harry Potter, The Matrix, Lethal Weapons, they’ve all turned into franchises.”

“The best ones, when you start out assuming a franchise you are in deep trouble. You better make a damn good movie and don’t think of the rest of it. With the first Transformers we had no idea where we were gonna go. Nor did we presume we were gonna go somewhere. I think when you presume there is a certain arrogance that comes out in the film.”

“And it is making an assumption that none of the audience could ever guess, which is the audience reaction. With this, we knew the audience was telling us, ‘Less Transformers.’ You can’t know that unless they have seen something.”

“The best franchises are a living breathing thing. We knew we could whatever we wanted with this. From the look, to the time period to the aesthetic to what we were trying to accomplish to the very small plot. There wasn’t a big plot. It was important. But we were constantly moving on.”

When it comes to franchise building, diBonaventura has learnt to rely on his instincts, especially because he believes he has a unique perspective on what should be in these movies that is much different to his peers. 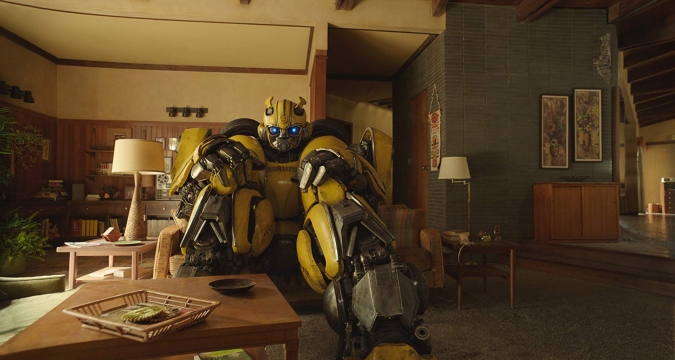 “One of the things that is very undervalued in this business is experience. It is very strange. The truth is you develop instinct over time. I started off at Warner Bros as an executive. I worked on 130 movies there. I’m an idiot if I haven’t learned something.”

“Where you learn more about the audience is where you test it. I have been in over 600 tests. I hated every one of them. The Matrix never tested well. The audience thought it was OK. So overtime you get a sense of who the audience is.”

“I have an advantage that I don’t come from Hollywood. I only came here when I was 30. I was formed out of this system. While I respect the system, I have a more common man point of view. Which is, ‘Why would I go see this movie?’ That’s my measure.”

“Thankfully that’s been the same as a lot of people over time. It is not that I am so smart.”