WWE Talk: After NXT TakeOver, who will be called up to RAW, SmackDown? - Metro US
Boston

WWE Talk: After NXT TakeOver, who will be called up to RAW, SmackDown? 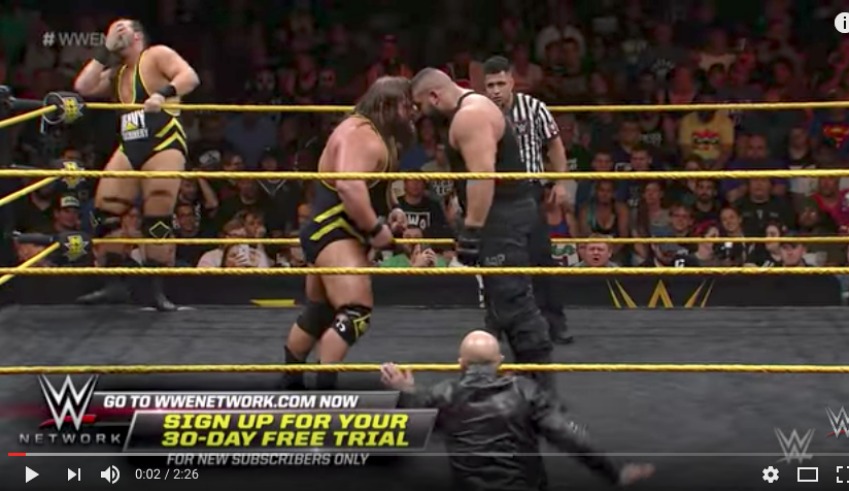 We are a week away from Summerslam and the card is shaping up to be…okay, I guess. Aside from the two main Championship matches, there isn’t much room for an exciting turn of events. The two questions being asked are if Brock Lesnar will stay in the WWE, and if Shinsuke Nakamura will capture the WWE Championship from Jinder Mahal. But before Summerslam, we have NXT TakeOver Brooklyn III (The 3rd!) to look forward to. As it’s been customary since the beginning of NXT, there is always some speculation as to who takes the leap to the main roster following TakeOver.

Sometimes nobody bumps up to Raw or Smackdown, or they wait until it’s a little closer to the Royal Rumble and WrestleMania. But for a few superstars, it’s been long enough. While Asuka likes to boast that “Nobody is ready for Asuka!,” the main roster may finally be ready to see the debut of the Empress of Tomorrow. She has been dominant in NXT for so long, one almost can’t imagine the NXT Women’s Championship on anyone else. But alas, as the Empress has nothing else to conquer, it may be time to drop the belt to Ember Moon. This is going to be a fantastic match, and Moon is the right person to take the reigns of the Women’s division in NXT. As the Empress of Tomorrow, Asuka could make her main roster debut on TakeOver’s tomorrow at Summerslam, or even the tomorrow after that on Raw! That was a dumb sentence, but you get the idea.

The imposing Authors of Pain also have their work cut out for them at TakeOver, and could also be on the short list to get called up to Raw or Smackdown. Another completely dominant tag team, the AoP have closed the chapter on so many other duos in NXT, the only logical way for them to lose is to a quartet. The fearsome foursome of Sanity, led by Eric Young, are the only team that makes sense to knock of these two goliaths. Since they are both heel teams, it wouldn’t even shift the dynamic of the NXT Tag Division, with an unstoppable team on the top of the mountain. This would leave the Authors of Pain, Paul Ellering in tow, with the opportunity to move up to Raw. With The Revival once again on the disabled list, there’s an empty spot for a couple of hard-hitting NXT graduates.

Finally, it could be a not-so-Glorious TakeOver for Bobby Roode. While it still feels early in the Bobby Roode era of NXT, the man isn’t getting any younger. He is beyond prepared to be utilized on the main roster, and Drew McIntyre makes for a reasonable successor. Much like his fellow 3-man band alum, Jinder Mahal, McIntyre has completely transformed his character after his last stint with WWE. Roode is a guy who probably could’ve gone straight to Raw or Smackdown, but knew that going through NXT gives you a fast pass to the top of the card. Maybe with a little luck and a little interference from Roderick Strong, McIntyre could win the Bobby Roode lottery. But if Roode does drop the NXT Championship on Saturday, his debut on the main roster won’t be too far away.

With Asuka as the most probable, we have a few NXT stars who are more than ready for Raw or Smackdown. No one fits the WWE mold better than Bobby Roode, and the Authors of Pain are two monster heels just waiting to be unleashed on the main tag divisions. It’s highly unlikely that all three will get bumped up after Saturday, but surely at least one will. Which show will one of them go to? And what kind of impact will they make? We could even find out as soon as Summerslam, adding some much needed excitement to the biggest event of the Summer.