Spring is in the air — well, technically. So what better time to take a look at some couples that are playing the romance game right? Here are 10 gay celebrity couples we’re only kind of jealous of.

Ellen Degeneres and Portia de Rossi
The daytime host and her Arrested Development beau said “I do” in an intimate candlelit ceremony at their home in 2008. And when we say intimate, we mean it: they only had 19 guests and their vows were handwritten. Cute!

Ellen Page and Emma Portner
The Juno actress married dancer and choreographer Emma Portner — and announced the news on Instagram, as you do. “Can’t believe I get to call this extraordinary woman my wife,” she wrote.

Ricky Martin and Jwan Yosef
The singer and American Crime Story: The Assassination of Gianni Versace star announced his engagement to artist Yosef on the Ellen DeGeneres Show in November 2016. “I got on my knees and took out the little metal box,” he recalled. “I just had it in a little velvet pouch and instead of saying, ‘Will you marry me?’ I said, ‘I got you something!'” 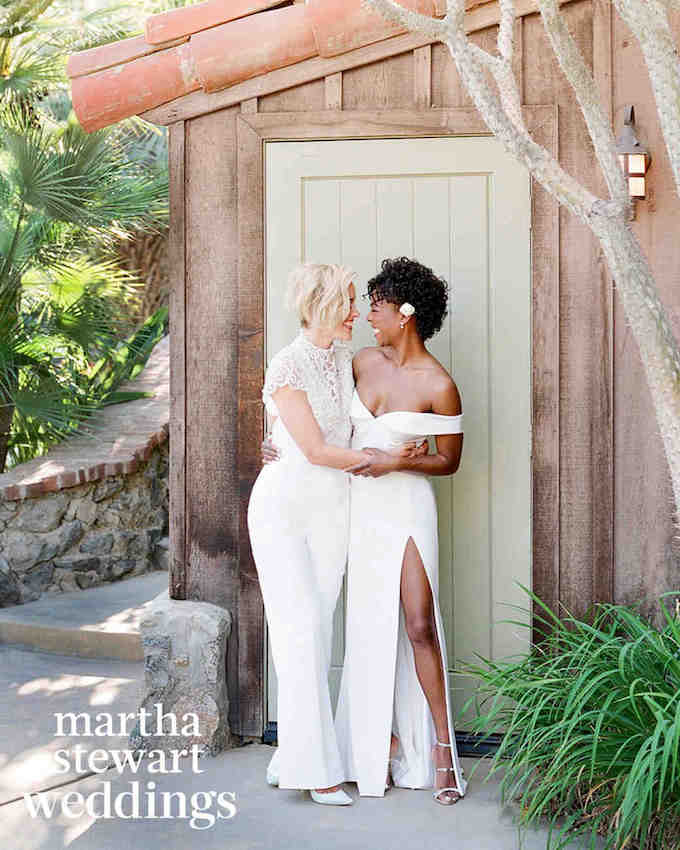 Samira Wiley and Lauren Morelli
The Handmaid’s Tale star met her now-wife on the set of Orange is the New Black. On proposing, Morelli told Out, “I found a ring, they shipped it to me. I was so nervous and terrified she knew it was coming, but she was so shocked that I couldn’t get her to stop crying.” Aw.

Jillian Michaels and Heidi Rhoades
The personal trainer (somewhat conveniently) proposed to her talent manager as part of her show on E!, Just Jillian.

Lily Tomlin and Jane Wagner
The Grace and Frankie star married her longtime love — of 42 years! — comedy writer Wagner in a private ceremony in Los Angeles on New Year’s Eve in 2013.

Jodie Foster and Alexandra Hedison
Foster is a notoriously private lady. But we do know that she exchanged vows with Hedison in 2014 after less than a year of dating.

Matt Bomer and Simon Halls
Bomer and Halls married in a hush-hush ceremony in 2011 — but Bomer didn’t announce it until 2014 in an interview with Details.

Tom Daley and Dustin Lance Black
The Olympic diver and the Milk screenwriter, respectively, exchanged vows in Devon, England in May 2017.

Sara Gilbert and Linda Perry
The Talk host and the 4 Non Blondes lead singer announced their engagement in 2013 and wed the next year.