5 things you have to see at the Whydah Pirate Museum 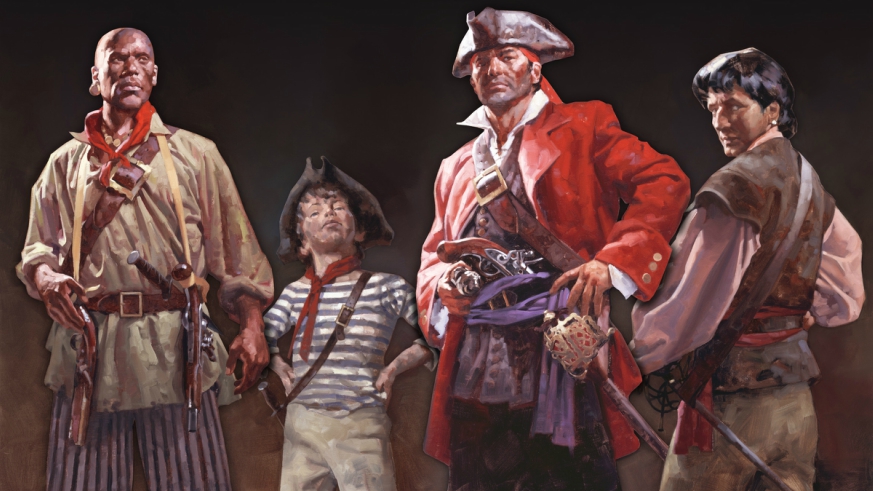 You don’t need to hitch a ride with Captain Jack Sparrow aboard the Black Pearl in order to get a taste of the pirate life. Massachusetts has plenty of history with these seafaring swashbucklers thanks to the tale of the Whydah Galley, the world’s first authenticated pirate ship, which was discovered off the coast of Cape Cod.

Helmed by Captain “Black Sam” Bellamy, the vessel sunk to its watery grave following a harsh storm in 1717, carrying $400 million worth of gold and silver with it. The Whydah and its treasure were merely the stuff of legend until Bay State native and archeological explorer Barry Clifford, along with his famous frequent diving buddy John F. Kennedy Jr., located a bell engraved with the ship’s name in 1985 after spending years swimming through the shark-filled waters of the Cape for the wreckage.

Today, hundreds of thousands of artifacts have been salvaged from the wreck, with many now on display at the Whydah Pirate Museum, which opened in West Yarmouth last summer. If that wasn’t enough, “Black Sam” will soon give Johnny Depp’s beloved bearded pirate a run for his money on the big screen, as the discovery of the Whydah is being turned into a movie by Clifford and author Casey Sherman (“The Finest Hours” and “Boston Strong”).

Just in time for the fifth “Pirates of the Caribbean” movie, here are five awesome attractions you have to check out at the Whydah Pirate Museum.

1. Explore a replica of the Whydah

Although you can’t walk the plank on the actual Whydah, the museum has an enormous replica of the 18th century ship for visitors to climb aboard. Explore a recreation of Captain Bellamy’s quarters, complete with navigational maps and a statue of the famous Englishman, known to many as the “Prince of Pirates.”

A museum that let’s you touch its exhibits? Leave it to a pirate museum to break the rules. The Cape Cod institution has a vast collection of silver pirate coins on display that vistors are allowed to hold. The pirate booty was taken from dozens of vessels as the Whydah plundered the seas. Just don’t try and take any home, or it’s off to Davey Jones’ Locker.

3. Learn about the conservation process

If you’re down for a quick science lesson, let the museum’s archeological experts explain exactly what goes into preserving these carefully curated artifacts. All the treasure and trinkets have aged pretty well, despite sitting at the bottom of the ocean for close to 300 years.

Surprisingly, the lives of the Whydah crew was just as exciting as how Johnny Depp and company portray pirates on the silver screen. Prior to becoming a home to vagabond sailors, the Whydah served as a slave trading vessel until it was seized and turned into a pirates ship by a Dutch-African crewmember, a small boy, the captain and a Miskito Indian helmsman. No wonder why they want to make the Whydah tale into a movie.

5. See the bell that started it all

There would be no Whydah Pirate Museum without the discovery of the ship’s bell in 1985 by Clifford and JFK Jr. The artifact is what allowed the Whydah wreck to earn its title as the world’s first authenticated pirate ship, as well as led to the recovery of hundreds of thousands of other previously lost items.