Adam Conover of the hit truTV show Adam Ruins Everything does not like to sugarcoat the truth. In fact, his show goes to great lengths to peel back the curtain on both sides of some of the most complex issues to help viewers to think critically about the age-old rules we govern ourselves by. Adam Ruins Everything season 3 debuts Nov. 27 for a fresh season of the balloon deflating truth bombs that made him famous. We caught up with Conover to find out what truths he’ll uncover this time around.

Adam Conover on whether Adam Ruins Everything really spoils the party 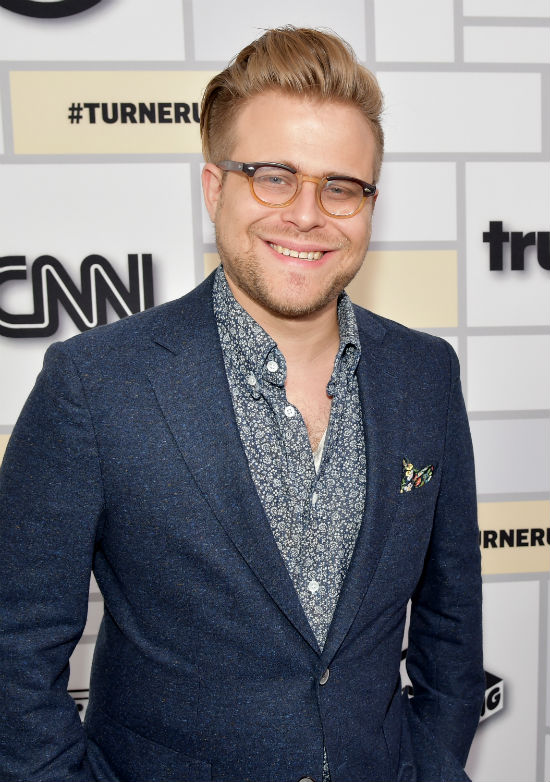 Was the title of your show,  Adam Ruins Everything, something that you would hear a lot growing up?

Adam Conover: (laughs) No one said that exact phrase, but that was definitely a theme in my younger life. The heightened comedy version of myself that I play on the show is in many ways based on a younger version of me. I’ve always been a very curious person. I’ve always collected information and have been an information sponge. I’m the sort of person who listens to podcasts in my car instead of the radio. I’ve read every issue of the New Yorker for the past 15 years. I’m just addicted to this kind of information and I would tell people what I had learned when it would come up and they were rarely happy about it. People would be eating something and I would say “Did you know the horrible story behind that food? Did you know that by buying an avocado you are indirectly supporting Mexican drug cartels?” Stuff like that! People weren’t usually happy about learning that kind of thing and they would really roll their eyes.

I started doing this information on stage when I was a comedian. When you’re a comedian it becomes easier to make people laugh and it becomes harder to make people care about what you have to say. When I started doing it in my standup, I found out that people started to lean forward and listen to what I was saying. I was a writer at College Humor at the time, I put that into one of the sketches that I wrote with our original topic of diamond engagement rings. Because I had been so used to people being annoyed with me, I just wrote the other writers into the sketch being annoyed with me in the sketch. So I could head off any complaints in the writer’s room of them saying that I was being pedantic. That ended up being the comedy engine for the whole series. It’s sort of a way of turning a negative quality about myself into a positive.

Isn’t it funny that that kind of know-it-all attitude is normally looked at in a negative light when in actuality you are just enriching people’s lives with new information?

Do people paint you as a pessimist for always wanting to uncover the painful truth?

Adam Conover: No, actually! The show is ultimately very positive and my outlook is ultimately one of optimism. I have flights of pessimism just as much as anyone else. The thesis for the show is really that learning more empowers you. Learning more enables you to dive deeper and change your own behavior in order to increase your power and advocacy in the world. That’s the way I’ve always felt. “It’s always better to know” is one of our catchphrases on the show… That’s the ultimate thing about the show that makes me optimistic. The sort of comedy and their superficial thesis of the show is that it’s uncomfortable and that it sucks to learn. At the end of the day, that’s really just a joke. People actually enjoy learning. The success of our show proves that. People want to learn new things if you can give them the information in a way that’s fun and accessible and respectful of their time and their intelligence.

What are some subjects that will be brought up on the show this year?

Adam Conover: Our season premiere is about guns, which is a topic that I had previously sworn that we would never do. Because I felt that people’s minds were too made up on the issue. We do a show on common misconceptions and we do a show that explicitly tries to change people’s minds. I felt that if we do an episode about guns, everyone in the country is going to say “you better say what I want you to say and as soon as you don’t I’m changing the channel”. Everyone immediately armors up as soon as the conversation starts. It’s very hard to make any headway in it. We’ve been doing the show long enough — this is our 4th year — and we have learned how to use our tools well enough that this is a topic that we feel we can do good in. We talk about everybody’s misconceptions about guns. I don’t like framing it as two sides because that’s often a false choice. I’m not going to say that it’s a show that people “from both sides” can learn from but I am going to say that it is a show that everyone in the country is going to be challenged by in some parts and hopefully have their mind expanded about the issue in what we hope are some productive ways. It’s also going to piss a LOT of people off!