Back to School: Why kids need to play more than one sport - Metro US
Health

Back to School: Why kids need to play more than one sport 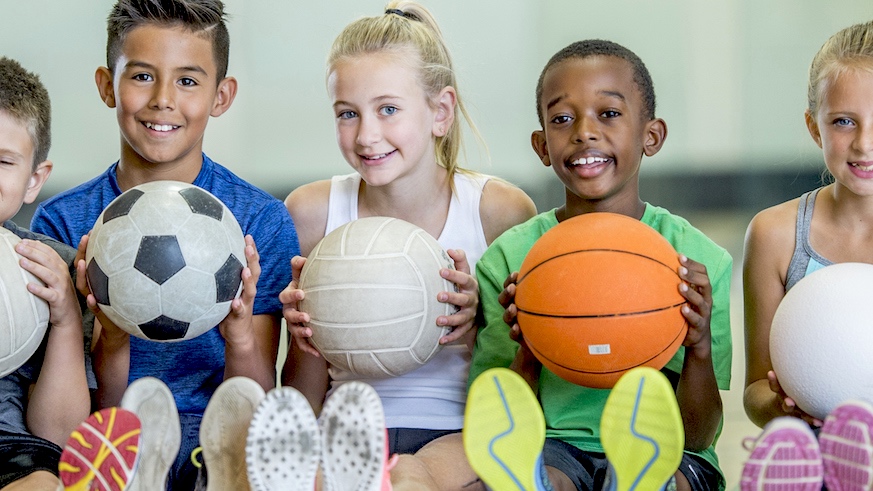 School is just back in session for most kids, and with the start of the academic year comes decisions about extracurricular activities. While sports are healthy and character-building, focusing on a single sport might not be the way to go for every kid. We talked to Dr. Alexis Colvin, an associate professor of sports medicine and orthopedics at the Icahn School of Medicine at Mount Sinai, and chief medical officer of the United States Tennis Association, about the importance of variety.

Why shouldn’t kids specialize in one sport starting out?

There are a number of reasons that kids should do more than one sport when starting. First, most kids don’t know what sport they are interested in at an early age! Second, there are only a few sports considered early specialization sports, in which peak performance happens at a young age [such as ice skating, gymnastics]. Finally, allowing children to play more than one sport can help in preventing overuse injuries.

Do some sports complement each other? What are some good pairings?

Mixing higher- and lower-impact sports is a good rule of thumb. This doesn’t mean that your child should play two-three travel sports per week — informal activity has value as well! Yoga and pilates are also great for core strengthening and flexibility as well as promoting mindfulness.

A general guideline is that a child should take off at least one season per year from a specific sport to help prevent injury.

What should parents and kids consider when choosing sports?

As with any activity, the most important criteria really should be that the child (not the parent) is interested in trying it.

When is a child old enough to specialize in a sport?

What are common sports injuries for kids?

The injuries can be divided into injuries caused by trauma and those caused by overuse. In kids, the growth plate is weaker than ligaments. When there is trauma, a kid is more likely to have a bone injury as opposed to adults, who are more likely to tear a ligament in the same joint.

Similarly, when an injury is due to overuse (repeating the same motion/activity over and over again), this usually manifests as tendonitis or a tendon tear in an adult. In a child, it will typically affect the growth plate and can be seen as a stress reaction, or worst case, as a stress fracture.

How do you know when a kid is overdoing it? What should you do/how can you prevent it?

There are both physical and non-physical signs that a kid is overdoing a particular sport. Lack of interest and/or participation is a potential non-physical sign. Problems sleeping or headaches may occur as well. Physical signs include pain or swelling of a joint or limb, limping or inability to bear weight and weakness.

Prevention includes getting a preseason physical to identify any pre-existing problems, cross-training and varying the position that a child plays within a sport.