Ask Mount Sinai: What you need to know about food poisoning - Metro US
Health

Ask Mount Sinai: What you need to know about food poisoning Stomach ache, vomiting, fever — they’re symptoms of many conditions, and we’ve all had one or more of them at some point. But a common cause is food poisoning, and it’s something we hear about all the time: supermarkets and restaurant chains make headlines regularly for contamination — or possible contamination. Metro talked to Perri Halperin, MS, RD, a clinical dietitian at Mount Sinai Hospital, about what it is, how to avoid it and what to do if you think you have it.

What you need to know about food poisoning 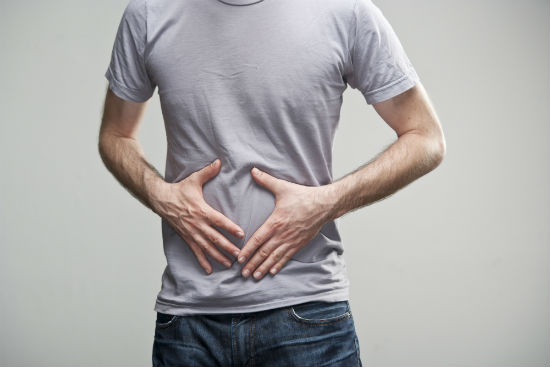 When disease-causing bacteria, viruses or parasites contaminate food – also known as pathogens – they can cause foodborne illness. According to the CDC, 48 million persons get sick, 128,000 are hospitalized and 3,000 die from foodborne infection in the United States each year.

The symptoms of food poisoning can range from abdominal pain, nausea, vomiting and diarrhea to fever, chills, headache and even death, depending on the type of organism that caused the foodborne illness

Is food poisoning worse for some people than others?

Food poisoning can differ in severity.

Who is at risk of food poisoning? If two people eat a tainted meal, might one get sick and not the other?

E. coli is a bacteria commonly found in the intestines of people and other animals. It’s usually harmless, but some strains can cause severe food poisoning. Symptoms of food poisoning from e. Coli include  bloody diarrhea, abdominal cramps and vomiting, often with little to no fever. Onset can begin 1-9 days after contaminated food is eaten and lasts about 2-9 days. Foods that may be contaminated by e. Coli are undercooked beef, especially ground, unpasteurized milk and juices like “fresh” apple cider and contaminated raw fruits, vegetables and water.

Salmonella is also a bacteria that may cause food poisoning. Symptoms of food poisoning from salmonella include stomach pain, diarrhea, nausea, chills, fever and headache. Symptoms usually appear six-72 hours after eating and may last 4-7 days. Salmonella is often spread through raw or undercooked eggs, poultry and meat, unpasteurized milk and juice, cheese and seafood and fresh fruit and vegetables.

How can we safeguard against food poisoning?

To safeguard against food poisoning, remember these steps: clean, separate, cook and chill.

CLEAN:Wash hands in warm, soapy water for at least 20 seconds before handling food. Wash cutting boards, dishes, utensils and countertops with hot soapy water between preparation of raw meat, poultry and seafood products and preparation of any other food that will not be cooked. Use paper towel to clean kitchen surfaces; if using cloth towels, wash them often in the washing machine. Rinse fruits and vegetables and rub firm-skin fruits and vegetables under running tap water, including those with skins and rinds that are not eaten. Clean lids of canned goods before opening.

SEPARATE:Separate raw meat, poultry, seafood and eggs from other foods in your grocery shopping cart, grocery bag and refrigerator, and never place cooked food on a plate that previously held raw meat, poultry, seafood or eggs without first washing the pate thoroughly. Consider using one cutting board only for raw foods and another only for ready-to-eat foods such as bread, fruit, vegetables and cooked meat. Don’t reuse marinades used on raw foods unless you bring them to a boil first.

CHILL:Refrigerate or freeze meat, poultry, eggs seafood other perishables within 2 hours of cooking or purchasing. Never thaw food on the counter; it is safe to thaw food in the refrigerator. Keeping a constant refrigerator temperature of 40F or below is one of the most effective ways to reduce risk of foodborne illness.

Many people think meat and eggs are primary carriers of food poisoning. Can occur in produce?

Yes, certain pathogens such as e. Coli and listeria can be spread through produce.

Can the symptoms of food poisoning be mistaken for another illness? When should you seek medical attention?

The symptoms of food poisoning are often more severe and last longer than those associated with a “stomach bug.” If you experience symptoms of food poisoning, such as prolonged diarrhea or vomiting, drink plenty of fluids to prevent dehydration. See your doctor or health-care provider if you have symptoms that are severe, including: high fever, blood in stools, diarrhea that lasts more than three days or frequent vomiting that prevents keeping liquids down. Treatment depends on the source of the illness and may include antibiotics and replacement of lost fluids.