Can humans get dog flu? - Metro US
Health

Can humans get dog flu? If you’re a dog lover, it’s not unusual to share your bed and maybe even some human food with your beloved dog. In return, your dog gives you a ton of love and tail wags, but might give you something else instead: dog flu.

Wait, can humans get dog flu?

Scientists are worried dogs might be the next animal to cause a big flu outbreak. A study published recently in mBio found that influenza viruses from pigs — already known to transfer dangerous swine flu to humans — can “jump” into dogs, evolve and then infect humans.

And flu in humans that originated in animals has happened in the past.

How humans could get dog flu

The 2009 outbreak of H1N1 — known as swine flu — first came from birds. The virus “jumped to pigs, exchanged some of its genes with previously circulating swine viruses and then jumped from pigs into humans,” according to the American Society for Microbiology.

A similar process could happen from pigs to dogs to humans. In the study, researchers found two types of H1N1 viruses in sick dogs living in China.

“In our study, what we have found is another set of viruses that come from swine that are originally avian in origin, and now they are jumping into dogs and have been re-assorted with other viruses in dogs,” Adolfo García-Sastre, study co-author and director of the Global Health and Emerging Pathogens Institute at the Icahn School of Medicine at Mount Sinai in New York, said in a statement.

“They are starting to interact with each other. This is very reminiscent of what happened in swine ten years before the H1N1 pandemic.” 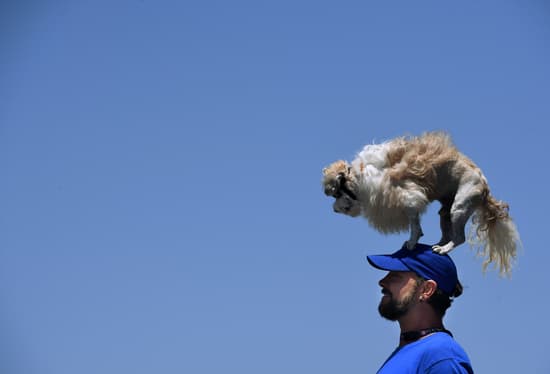 Dog flu is already similar to human flu — and like human flu, there was a dog flu outbreak throughout the United States in winter 2017.

“Canine influenza is very similar to the human form in that it is self-limiting and not life-threatening,” Dr. Robin Brennen, senior medical director at Animal Care Centers of New York City, told Metro earlier this year.

Dog flu symptoms are also like the human flu with coughing, sneezing, fever, nasal and eye discharge, a decrease in appetite and general mood changes — and if not treated, it can turn into pneumonia and be fatal.

Is dog flu really a danger to humans?

The study authors say that “further research is greatly needed to assess the pandemic risk” of dog flu viruses and that no humans have contracted dog flu yet. They only studied dogs in China and it’s not certain that the same process is happening in other dogs throughout the world.

So, can humans get dog flu? It’s not certain, but if this past flu season has taught us anything, it’s that anything can happen.