Have you had a flu shot yet? You might want to swing by your local pharmacy, because influenza is officially prevalent in New York state, health officials announced Wednesday.

State Department of Health Commissioner Dr. Howard Zucker declared on Wednesday that the flu in New York is now “prevalent,” kicking off a requirement that healthcare workers who are not vaccinated against influenza wear surgical or procedure masks in areas where there are usually patients.

So far this flu season, there have been 3,283 laboratory-confirmed cases of the flu in New York, including 43 counties and all five boroughs of New York City.

In the week that ended Dec. 15, the most recent for which there is data, there were 1,230 lab-confirmed cases of the flu statewide, 601 of which were in New York City specifically.

There have been 923 reported influenza-related hospitalizations so far this flu season, and one influenza-associated pediatric death, according to health officials.

Over the last three flu seasons, there have been 19 influenza-associated child deaths in New York state and an average of 15,101 flu-related hospitalizations.

The Regulation for Prevention of Influenza Transmission, which mandates that unvaccinated healthcare workers in state health department-regulated facilities wear masks, first went into effect in the 2013-24 flu season.

“The importance of getting vaccinated against influenza to protect yourself, as well as your family and friends, cannot be overstated,” Zucker said in a statement. “Healthcare personnel are routinely exposed to sick patients and are also in close contact with vulnerable patients.”

Is it too late to get a flu shot in New York? 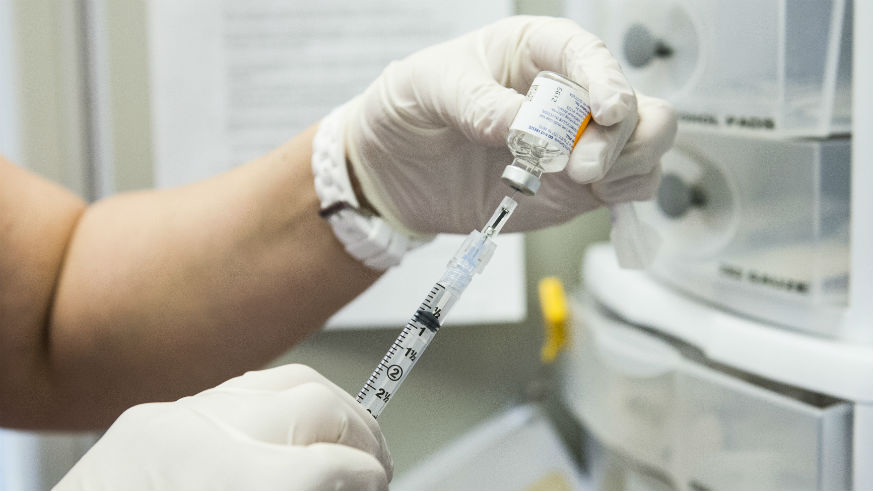 Zucker is encouraging all New Yorkers 6 months and older to get a flu shot as soon as possible.

Though Gov. Andrew Cuomo kicked off a campaign urging New Yorkers to get an influenza vaccine back in October, you can likely get a flu shot through the New Year.

“Whereas [flu season] generally peaks sometime between January and March, we have seen flu activity as early as November, and we’ve also seen outbreaks as late as May,” Dr. Jane R. Zucker, an infectious disease physician and the assistant commissioner for the Bureau of Immunization within the New York City Department of Health, previously told Metro.

There’s almost no reason why someone shouldn’t get a flu shot, she added, and it’s not just about keeping you healthy, but preventing the spread of influenza to other New Yorkers.

Flu shots are especially important for people 65 and older, children under 5, people who have medical conditions like heart disease, lung disease, asthma and so on, and pregnant women. About 80,000 people died of the flu during the 2017-18 flu season.