Does the end of Bumblebee ruin the original Transformers? – Metro US
Movies

Does the end of Bumblebee ruin the original Transformers?

WARNING: There are MAJOR SPOILERS ahead for Bumblebee.

So please don’t read ahead if you’re yet to see the latest Transformers film.

Instead, bookmark this article, go and help out its rather disappointing box office, and then return to see what producer Lorenzo Di Bonaventura had to say about its conclusion.

What happens at the end of Bumblebee?

While Bumblebee is intended to take the Transformers franchise in a new direction, the film was still designed to line up with its predecessors.

So with that in mind, it was rather odd to see the titular character reunite with Optimus Prime and several other Autobots at the end of the blockbuster. That’s because Bumblebee is set in 1987, while in the original Transformers, which unfolds in 2007, it appears as though the Robots In Disguise have just arrived on Earth.

But producer Lorenzo Di Bonaventura is keen to stress that Bumblebee doesn’t contradict any of the Transformers films that have come before.

“I was like, ‘That doesn’t contradict anything we have said before. Who is to say they haven’t been around Robots In Disguise since then.’” 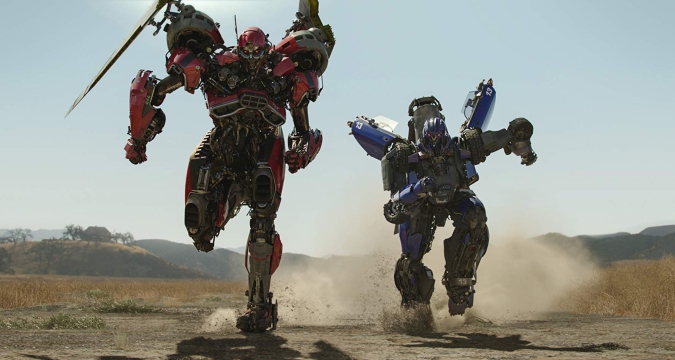 But while this sequence was always bound to cause a little controversy, Di Bonaventura was adamant that it be included for a very important reason.

“That scene was always imagined but in many different versions. We didn’t do that scene until we’d shot the movie. Because we felt the movie was going to dictate that scene a little bit. What happened is that you got to see Haliee return to her family. Bumblebee needs to return to his family. Otherwise what happened to poor Bumblebee? That was our thinking.”

“Plus Optimus said we are going to go to Earth. We are gonna regroup. And then we are gonna go back. In our minds they went back out. It had nothing to do with the other films, and was completely about the emotional journey of Bumblebee.”