Donald Trump gets a presidential library — of tweets, thanks to The Daily Show – Metro US
Donald Trump

Donald Trump gets a presidential library — of tweets, thanks to The Daily Show 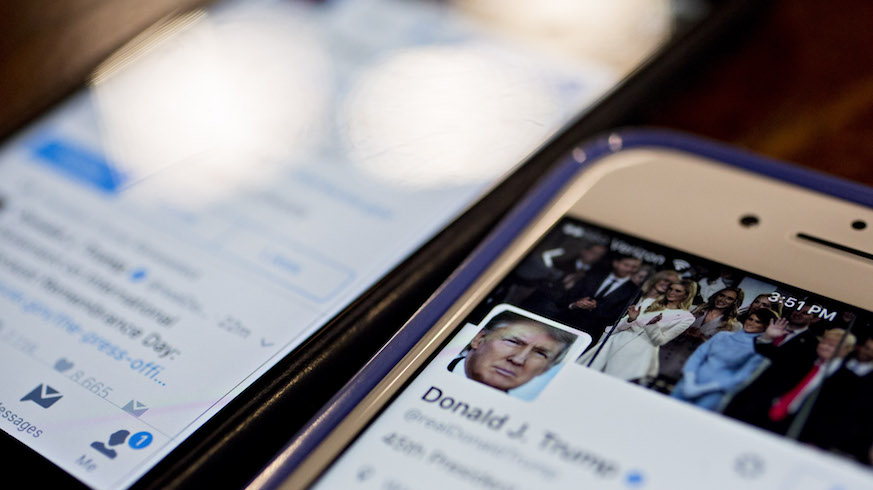 Political comedy is almost dead when President Trump is constantly providing punchlines (and the occasional legally actionable comment) on Twitter.

This weekend, “The Daily Show” is rounding up the greatest hits — and adding some of its best digs — in The Donald J. Trump Presidential Twitter Library. The free pop-up exhibit will be open only this Friday, June 16, through Sunday, June 18, from 11 a.m. to 7 p.m. at 3 W. 57th St. — just around the corner from Trump Tower.

“Donald Trump is basically running the entire country with his thumbs,” host Trevor Noah said on “The Daily Show” to announce the project, noting that just this week, an appeals court struck down the president’s revised travel ban based partially on his tweet referring to it as a travel ban — which is illegal. “That’s how powerful Trump’s timeline is. It defeats an entire team of White House lawyers with a single tweet.

“We have to make sure these tweets are collected in a setting they deserve.”

The “fully interactive and hands-on experience for hands of all sizes” will feature such tremendous exhibits as a retrospective of everything the president has deemed “Sad!”, a gallery of his often contradictory opinions on the same subject called Trump vs. Trump, testimonials from people he’s personally targeted on Twitter, and the library’s main attraction, a mock-up of the Oval Office with a golden toilet from which to sit and tweet your most politically sensitive (or, rather, insensitive) thoughts, a la the Commander-in-Tweet.

Several members of the president’s team, including Kellyanne Conway, have accused the media of being “fixated” on Trump’s tweets and argued that they’re not intended to reflect the president’s official thoughts. But, as it so often happens, Press Secretary Sean Spicer didn’t get the memo, telling the White House press corps that “they’re considered official statements by the president of the United States.”

As a Comedy Central press release put it, “It will be so tremendous that you’ll get tired of the tremendousness, so it will then close only a few days later. Sad!”