Everything to know about Dogs, the Netflix documentary dedicated to our furry friends - Metro US
Television

Everything to know about Dogs, the Netflix documentary dedicated to our furry friends Almost every article about the upcoming Netflix Dogs docuseries warns readers that, yes, they should absolutely be prepared to cry (good tears). After all, canines are one of the few things that’s right with this always confusing, often troubling world we call home.

They’re lazy and energetic when it counts, hungry every minute of every day and remind us how to have fun.

Maybe you’re so close with your dog that you included him or her in your wedding. Or, maybe you like to eat dog-shaped food as a weird way to stay happy. Perhaps you’re allergic but love them regardless.

The Netflix Dogs doc comes from producers Glen Zipper and Amy Berg and hits the internet in mid-November.

It features half a dozen episodes focused on the bond between these adorable creatures and their owners in various places around the world such as Syria, Japan, Italy, New York City and Costa Rica.

“Dogs don’t just make us feel loved, dogs make us feel safe,” Zipper said of the Dogs documentary, per Variety. “In the world we live in today, no matter how divided we are, we should take care to realize how much dogs mean to all of us, and how our bond with them can help bring us together.” 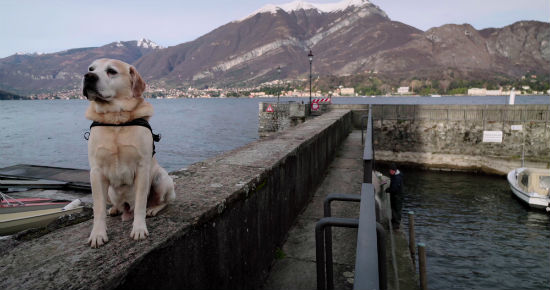 “The series tracks six incredible stories from across the globe including Syria, Japan, Costa Rica, Italy and the US — each proving that the unconditional love one feels for their dog is a beautiful universal truth,” Netflix said in a statement about the Dogs documentary.

The Netflix Dogs doc “takes us on an inspirational journey exploring the remarkable, perhaps even magical qualities that have given these animals such a special place in all of our hearts.” It certainly sounds like a tearjerker.

The six episodes will reportedly play out like this: The first follows Rory, a service dog, and his 11-year-old owner named Corrine who suffers from seizures. The second follows Zeus and owner Ayham, who is trying to get the dog out of Syria and harms way.

Episode three follows Ice, a 10-year-old Labrador Retriever, and Italian fisherman Alessandro. In episode four, we see a slew of Japanese dogs dressed like their human companions. There’s also an inside look into the culture and craft of dog grooming.

Episode five focuses on a dog sanctuary in the Costa Rican rain forest, and the sixth and final installment delves into NYC canine adoption.

Watch the Netflix Dogs documentary trailer below for some day-making footage:

Grab some tissues and your best canine (and human) friends because Dogs premieres Friday, November 16 on Netflix.

You’ll be able to binge all six episodes, which sounds like the absolute best way to kick-start your weekend.