Everything you didn’t know about Meghan Markle’s ex-husband Though the world is gearing up for the royal wedding on May 19, this isn’t the first time the “Suits” actress, turned “Her Royal Highness”, walked down the aisle. Meghan Markle’s ex-husband is 41-year-old Trevor Engelson — and, after a 2011 ceremony in Jamaica, their marriage only lasted two years. 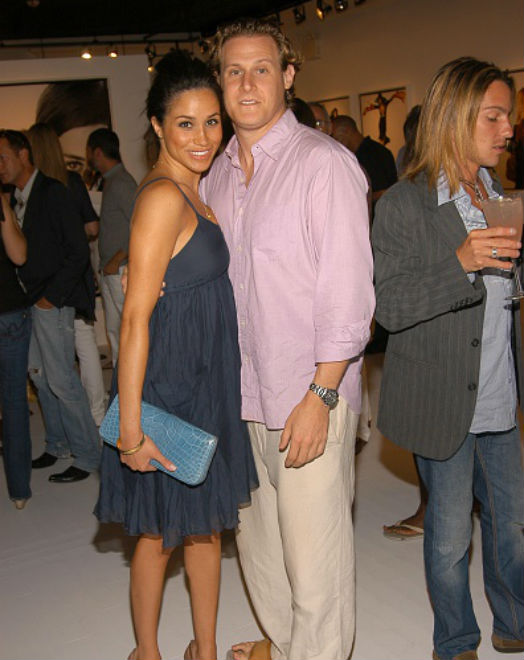 “A Hollywood Princess,” the new book from royal biographer Andrew Morton, claims that Engelson was blindsided when Markle decided to call it quits. An excerpt published by The Sunday Times alleges that the split — due to distance-burdened career paths seeming to progress at different rates — was out of the blue, at least for Engelson:

“Trevor went from cherishing Meghan to, as one friend observed, ‘feeling like he was a piece of something stuck to the bottom of her shoe.’ … Another confirmed that the decision to end the marriage was made by Meghan and that it had come ‘totally out of the blue.'”

The book also alleges that Markle ended the marriage via mail: instead of facing Engelson in person, she returned her wedding and engagement rings by “registered post.” Morton wrote that, “even at a distance of five years, he can barely contain his anger.”

Here’s everything to know about Markle’s ex-hubby, Trevor Engelson.

Engelson started his film career as a production assistant for “Deep Blue Sea” (1999), then as an assistant at the talent agency Endeavor, Newsday reports. He moved up the ranks to become the founder of Underground Films & Management where he’s produced big-name movies and managed actors, directors and other professionals in Los Angeles.

#SnowfallFX crew runs deep. Our cast strikes a pose at the LA premiere.

Engelson was born in Great Neck, New York (a region on Long Island) where he went to Great Neck North High School.

For college, Engelson attended the University of Southern California’s Annenberg School for Communication and Journalism.

Trevor Engelson is reportedly now in a new-ish relationship

Moving on from Markle, Engelson has been linked to women such as model/actress Charlotte McKinney.

The Daily Mail reported in December 2017 that he is dating L.A.-based dietitian Tracey Kurland whom he’s reportedly been seeing for about a year.

“The split with Meghan hit Trevor pretty hard,” a source told The Sun. “He went through a rough time during the break-up and that was only made worse when Meghan got together with Harry last year. … He has a new woman in his life and his career is going from strength to strength.”

Though Engelson hasn’t made any public comments about the royal wedding, as of fall 2017, he was developing a divorce comedy for FX allegedly based on his life with Markle.

“The story was about a divorced woman who remarries a prince and shares custody of her child with her estranged husband,” International Business Times reports, and according to Deadline, the idea behind the show originated from a conversation with a fellow producer who “mused about what would’ve been if Engelson and Markle had kids and he had to share custody with the British Royal family one day.”

The premise of the show reads: “Divorce is hard. Sharing custody is harder. Sharing custody with the British Royal family in the unforgiving spotlight of London’s tabloid media is next level.”