Will the relentless summer rain ever end? Who knows, but you know where you don’t have to worry about it? Inside Broadway’s theaters, which are once again offering two-for-one tickets during the fall edition of Broadway Week 2018.

Produced by the city’s tourism bureau NYC & Company, Broadway Week 2018 runs Sept. 3-16 when you can score two-for-one tickets to more than 20 productions, from long-running classics to the newest shows on the block. No, you won’t find the season’s hottest musical Mean Girls on the list, but there are 11 other productions taking part in the promotion for the first time — and you don’t even have to wear pink to see them. Check out our recommendations, or just see them all!

Tickets to Broadway Week 2018 go on sale today, Aug. 15 at 10:30 a.m. If there’s a show you’ve been thinking about seeing, grab your seats immediately: Some productions release only a limited number of tickets and there may be blackout dates.

And while you’re in the theater mindset, Off-Broadway Week 2018 is also returning from Sept. 24 through Oct. 7 with two-for-one tickets going on sale Sept. 10. 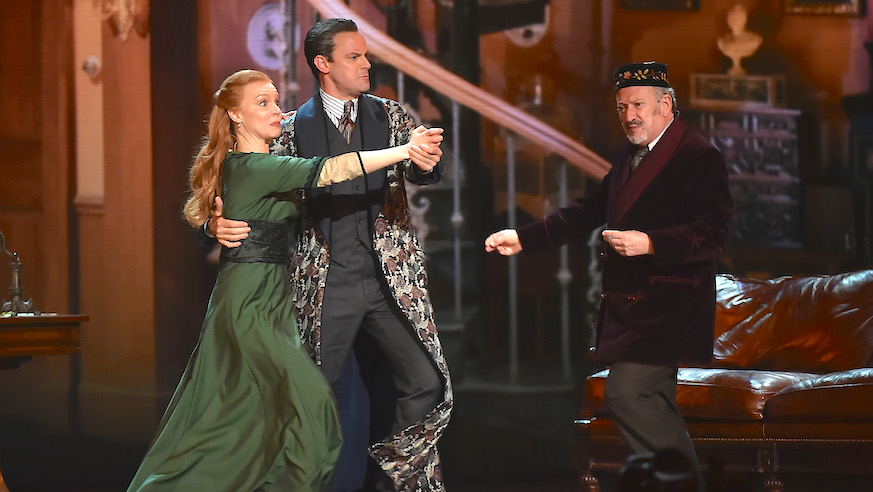 Here are the 24 musicals and plays offering 2-for-1 tickets during Broadway Week 2018. Names in bold are new to the promotion:

Aladdin
Anastasia
The Band’s Visit
Beautiful: The Carole King Musical
Bernhardt/Hamlet
Carousel
Chicago The Musical
Come From Away
Frozen
Gettin’ the Band Back Together
Head Over Heels
Kinky Boots
The Lion King
My Fair Lady
The Nap
Once on This Island
The Phantom of the Opera
The Play That Goes Wrong
School of Rock
SpongeBob SquarePants
Straight White Men
Summer: The Donna Summer Musical
Waitress
Wicked