Golden Globes 2019 preview: Our predictions for the winners and losers - Metro US
Movies

Golden Globes 2019 preview: Our predictions for the winners and losers The 76th Annual Golden Globe Awards will air Sunday, Jan. 6th at 8 p.m. ET on NBC. There’s not a whole lot of time between now and then, so if you’re looking to hedge your bets and make a few last minute predictions, then you may want to consider our thoughts about who’s most likely to win… and who’s not. Some of these predictions may not seem all that far-fetched, while a few may sound a little crazy. Then again, this is the Golden Globes we’re talking about, so who knows?

Sandra Oh is going to steal the show

Soon after Kevin Hart was initially announced as the host of the upcoming Academy Awards telecast, the Golden Globes tried to overshadow the Oscars by declaring that Sandra Oh and Andy Samberg would be co-hosting its awards ceremony. Of course, Hart subsequently departed his Oscar hosting duties following criticism of his homophobic jokes and tweets, but Oh and Samberg? They’re still on the docket for the Golden Globes, which is great news since their pairing as co-presenters for the 2018 Emmys was praised across the board. Also, neither has said or done anything homophobic on social media.

They’re going to make fun of the Oscars hosting controversy

The Oscars-Hart controversy notwithstanding, it’s a good bet that either Oh, Samberg or at least one of the presenters or winners at the 2019 Golden Globes is going to mention it. Whether its a scripted (and approved) moment or an impromptu joke or speech, the Academy’s glaring public relations disaster is definitely going to be on the minds of everyone in attendance at the Golden Globes awards ceremony. Everyone watching at home is surely going to be thinking about it, too.

Marvel Studios has been pushing hard for Black Panther’s recognition by the various awarding bodies in the industry this past year. This is especially true of both the Oscars and the Golden Globes, and while the former’s nominations haven’t been announced yet, the latter’s have. The result? Ryan Coogler’s acclaimed blockbuster scored three nominations for Best Motion Picture (Drama), Best Original Score and Best Original Song. As great as this is, however, chances are Black Panther isn’t going to win a single one.

…but A Star Is Born is

Why? Because, at least in terms of the Best Motion Picture category, Black Panther is facing off against the likes of BlacKkKlansman and If Beale Street Could Talk. It’s also matched against Bradley Cooper and Lady Gaga’s A Star Is Born, the third remake of the original 1937 film and, despite this, one of the year’s most acclaimed and popular films. Seeing as how music-heavy it is, A Star Is Born will likely beat Black Panther in the two categories they share nominations in. It will also undoubtedly earn trophies for Cooper, Gaga and the majority of its nominees.

Like most awards-focused films, Adam McKay’s Vice was only just recently released in theaters in time for a late push for nominations. It worked because the irreverent look back at Vice President Dick Cheney’s (Christian Bale) life before and during his time in President George W. Bush’s (Sam Rockwell) White House earned a whopping six nominations this year. Bale, Rockwell and Amy Adams were all nominated for their performances, while McKay scored noms for directing and writing and the film itself earned a listing in the Comedy or Musical category.

Director Barry Jenkins’s highly anticipated follow-up to 2016’s Moonlight, If Beale Street Could Talk, is a beautiful adaptation of author James Baldwin’s original story. Hence why the film earned three nominations for Best Motion Picture (Drama), writing and acting. Regina King’s performance is definitely one of the year’s best, if not her best, but the competition in the Best Actress in a Supporting Role category is stiff. What’s more, these awards shows tend to avoid recognizing the same people within a short span of time, so since Jenkins won so much for Moonlight two years ago, voters may have felt it necessary to look elsewhere this time. 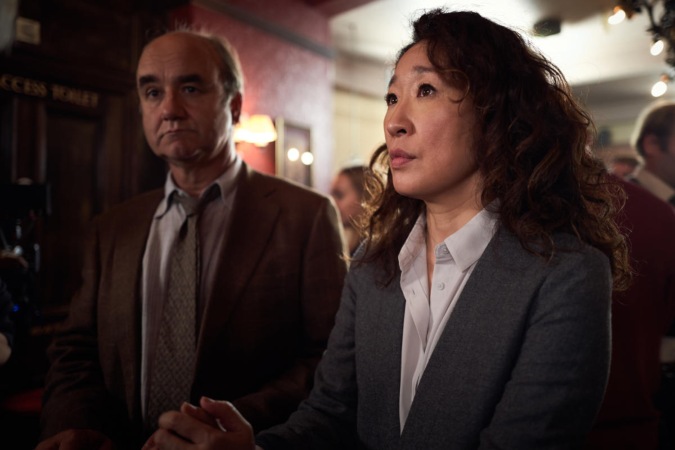 Neither are this year’s best TV shows

Many of the best TV shows of 2018 were recognized by these Golden Globe nominations. Many others, however, were not. Newcomers like Killing Eve and Barry, and returning favorites like The Good Place and The Americans, scored various nominations. But what about Atlanta, BoJack Horseman or American Vandal? The former was a huge favorite last year, but aside from Donald Glover’s acting nod, the Globes gave little to Atlanta. Animated series like BoJack are routinely ignored. As for Vandal, despite the fact that its first season won a Peabody Award, it seems the Globes don’t really care.

The Kominsky Method may pull an upset

What the Globes really do care about, however, is legacies. They, more than most awards shows, love to recognize the talents of older, more established stars who, even if their most recent work deserves it, isn’t actually enough to outshine the fresher faces they’re competing against. Hence the three nominations for Netflix’s The Kominsky Method, including Michael Douglas and Alan Arkin’s acting nods. These nominations are well deserved, of course, but considering this year’s snubs, it just doesn’t feel right. Even so, Kominsky will likely pull a few upsets and take some trophies home, thanks in part to Douglas and Arkin’s seniority.

When do the Golden Globes air?