‘I Love You, Now Die’ explores accountability in the landmark case of Michelle Carter - Metro US
Entertainment

‘I Love You, Now Die’ explores accountability in the landmark case of Michelle Carter Where are the lines drawn in terms of personal accountability? Can you be held legally responsible for the things you say or do online to the same degree as in the physical world?

This complex modern issue was at the center of the 2014 case of the suicide of Conrad Roy, an 18-year-old from Mattapoisett, Mass., who was encouraged to take his own life by his good friend, Michelle Carter, via numerous text messages leading up to his death. This case is retold and dissected in the new two-part HBO documentary, “I Love You, Now Die: The Commonwealth vs. Michelle Carter,” by “Mommy Dead and Dearest” and “Thought Crimes: The Case of the Cannibal Cop” director Erin Lee Carr.

“Anytime I get involved, I’m looking for a criminal case that has a societal reckoning point,” — Erin Lee Carr 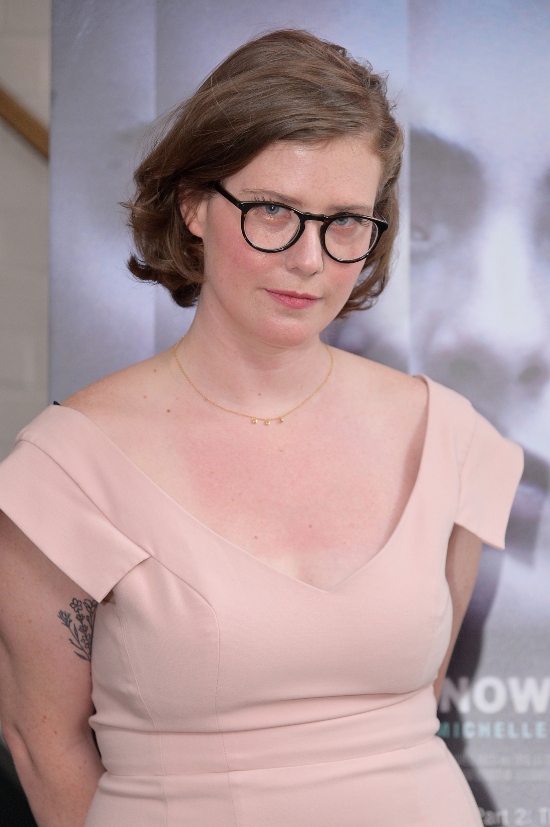 The documentary, which premieres Tuesday, July 9, and continues July 10 at 8 p.m., approaches the mental states of both teenagers, giving a more nuanced look at the whole story rather than coming down too viciously on Carter like the rest of the American public did at the time.

“Anytime I get involved, I’m looking for a criminal case that has a societal reckoning point,” Carr explains over the phone, of her decision to cover this landmark case. “It’s always very akin to an onion; there are layers to unravel.”

And with this case, in particular, there was certainly some peeling to do to get the final meal. So why was this case so uniquely enthralling to the point that we are still discussing it today? Why were everyday Americans so captivated by the actions, and text history, of a 17-year-old girl?

“There are a lot of different reasons,” Carr says. “Number One: Michelle was a pretty privileged white woman who seemed to be saying and doing pretty terrible things. So often the perpetrators are male in these high-profile cases. It was pretty unique in that the female girlfriend, or friend, was the perpetrator. Second of all, it was precedent-setting. Can you text somebody and convince them to ‘kill themselves,’ and are you legally responsible for it? The motive seemed pretty unclear. There was this vague sensibility that she killed a guy to get popular. As many Americans are pretty smart and nuanced in the ways they consume news, that’s some Salem witch trial stuff! That’s not really why people commit crimes these days.”

One thing viewers will take away from Carr’s deep dive — without revealing any spoilers — is that Carter cared deeply for Roy and went above and beyond to be both encouraging of his plans to commit suicide and to try and cover for him directly after he carried it out. If this were a work of fiction, you could frame her character as a Lady Macbeth for the social media era.

“It feels like an ultimate tragedy in that she thought she was helping him,” Carr says. “In her … feeling like he was listening to her, it’s all sort of like Shakespearean in terms of a tragedy.”

In the end, Carter was convicted of involuntary manslaughter and ordered to serve two-and-a-half years in prison by the Massachusetts Supreme Judicial Court. After becoming so close to the case, I ask Carr if she thinks this case proves that the lines between our physical and online personas are further being blurred. Is the singularity finally upon us?

“My question back to you is, have we reached the point of no return when it comes to how our kids, and ourselves, interact with digital technology?” Carr asks. “I think we still have a shot. We have not implanted microchips in our skulls or in our foreheads yet. But we’re getting close, man! If you create a moment, which I hate doing, where you say, ‘Well, if you have this little thing, everything will be easier.’ I think we’re completely susceptible to fall into the singularity. I don’t worry about it in terms of myself, I worry about it in terms of kids learning how to interact with others. How to be kind. It is not a given, it is a learned behavior to be kind and present and it’s something that is really hard for kids to grasp these days.”

Part one of I Love You, Now Die directed by Erin Lee Carr premieres Tuesday, July 9 at 8 pm on HBO