Is Altered Carbon based on a book? – Metro US
Television

Is Altered Carbon based on a book? Is Altered Carbon based on a book? The Netflix series premiered earlier this year to fanfare, confusion and appreciation for all the things Joel Kinnaman does with his face and torso. But what’s the source material for the series? Let’s investigate.

Is Altered Carbon based on a book?

Altered Carbon is based on a book, yes. The series is based on a science fiction novel of the same name, penned by Richard K. Morgan and released in 2002. It was the first in his Takeshi Kovac series, which includes the novels Broken Angels and Woken Furies.

In an interview with The Guardian, Morgan credits the idea of Altered Carbon to an argument he had with a Buddhist. “We got talking about karma and the idea that if you’re suffering in this life it’s because in a previous life you did something shitty,” he said. “I’ve got a lot of time for Buddhism. Among the predominant faiths, it’s the one that’s the least full of bulls—t. But I pressed him: ‘So I’m suffering and I can’t remember what I did to earn this suffering? That’s not right, is it, because I’m not that person?’ And he said: ‘It’s the same soul.’ I said: ‘It doesn’t f—king matter. What matters is whether you, as an experiential being, remember it. Otherwise I’m being punished and I don’t know why. That’s the height of injustice.’” 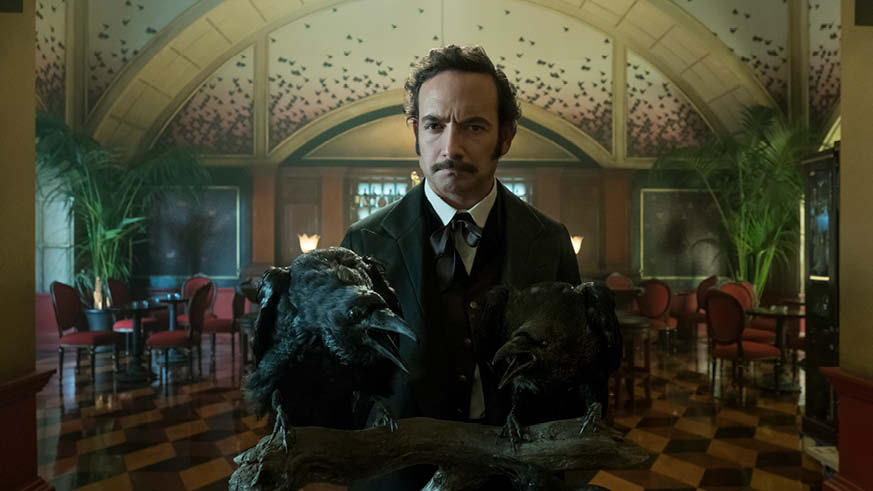 If Netflix chooses to renew Altered Carbon for a second season, it will be loosely based on the second novel, Broken Angels. Showrunner Laeta Kalogridis told Entertainment Weekly as much, saying, That’s a very expensive book! With space battles and giant portals and huge warships that are orbiting the planet and a thermonuclear explosion… The idea was to mimic what the books do, which is to go from planet to planet and not stay in the same city. So the intent would not be to return to Bay City for the second season… Richard and I have a plan, I don’t know how people will feel about the plan, but we do have one!”

That plan will likely not include Kinnaman though, which, bummer. It’s a show about body-swapping, after all.