By Metro
comments
Posted on September 5, 2019 James Ransone is having a hard time taking praise for these days. But, while looking at some of the projects he has been attached to lately, one could argue that the man is having a “moment” after years of work in the industry. After some scene-stealing moments in recent indie films like Sean Baker’s “Tangerine,” Ti West’s Western “In the Valley of Violence,” and even acting alongside Sean Penn in the Hulu series “The First,” Ransone will be co-starring in one of the biggest films of the year, “IT Chapter 2.”

“I had no idea of the size of the phenomenon it would be. In another way, I feel like I won the Powerball,” — James Ransone 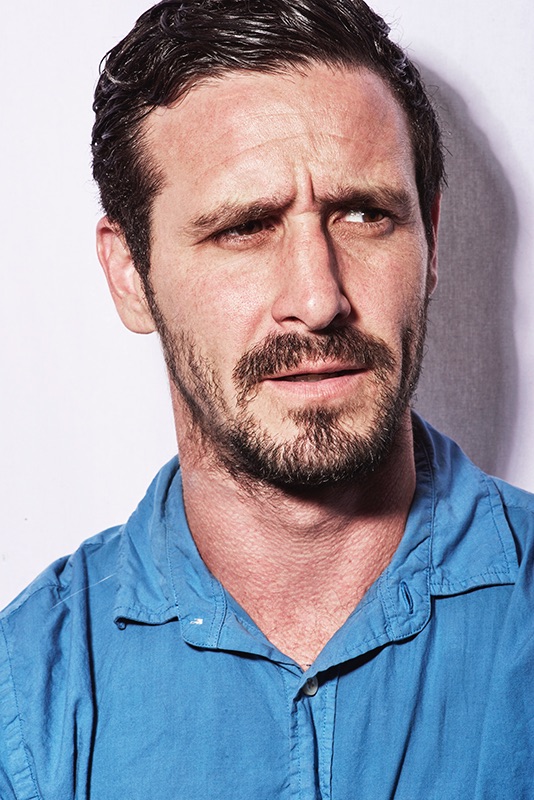 “My version of my own horror movie is to watch myself. It’s so difficult to watch myself in anything,” Ransone tells me one afternoon as I catch up with him over the phone. “I just learned that it’s better to go, ‘Oh, I’m gonna go to Barnes and Noble while this premiere is happening!”

This kind of humility from the actor permeates throughout our conversation, but don’t let it fool you. Ransone has been consistently putting in the work, and while in the past it may have only been evidenced on smaller screens, his role as Eddie in the conclusion of Andy Muchetti’s re-telling of the Stephen King classic stands out amongst the film’s stacked cast.

As he remembers, Ransone got the opportunity for the role by chance and has since been blown away by rabid fans clamoring to see the new film this weekend.

“I kind of live under a rock a little bit,” Ransone says with a laugh, “So I had no idea of the size of the phenomenon it would be. In another way, I feel like I won the Powerball. There’s a lot of really talented and well-qualified actors that could have or should have played my part as much as I should have. It’s luck at a certain point.”

Ransone joins fellow cast members James McAvoy, Jessica Chastain, Jay Ryan, Isaiah Mustafa and Bill Hader to play the older versions of the Losers Club from the first film. For Ransone, trying to add to the original portrayal of Eddie (played to wound-up hypochondriac perfection by Jack Dylan Grazer) was both a challenge and a thrill to try and pull off.

“If you go back and watch the first one, I have never seen a kid talk that fast or react that fast and it’s totally natural,” he says of his admiration of the young actor. “He’s a weird freak phenom. That stuff is not teachable… He’s like a machine gun! I just remember being really impressed by his speed.”

While getting into the role of Eddie was only part of the battle, Ransone felt the need to step up his game with the high pedigree of actors included in this ensemble cast. “The first couple of days, I felt really freaked out because McAvoy and Chastain are really highly trained classical actors. They’re really good at that stuff and do their homework. I had gone to school for theater but eventually switched for fine art. I’m more of a fine art person, or at least am attracted to the visual arts in a different way. I look at film differently than a performative aspect… but I was really scared because Andy Muchetti relied on me to do all of this improve with Bill Hader. Which I’m very happy to do, because that’s what I did in Sean Baker’s movies. But we would shoot that stuff in, like, a living room on an iPhone. The pressure is different because it was like, here’s this guy who was on ‘SNL’. That was the part that made it really good for me because I got to see how real comedians work in terms of on-the-fly stuff. I was really fortunate to work with Bill as someone who came from a sketch background because their whole thing is dependent on the entire joke working. It wasn’t like he was trying to step over me or overshadow me.”

Ransone more than meets the challenge of this role, as Eddie’s journey is one of the more touching story lines of the film and his scenes with Hader provide the biggest laughs of the film. So, why is he taken back my compliment when I tell him that he seems to be on a creative tear as of late?

“What’s really weird about you saying that is that I just had a baby this year,” Ransone explains. “What’s really cool about having him has freed me up to do stuff that I really enjoy doing creatively. I’m doing all sorts of weird stuff, man. I’m tie-dying all of these sweatsuits now and people are asking me to do brand collaborations. I’m drawing again. I feel like I’m not in a creative tear in acting, but I’m sure I’ll get another job from this. I feel like I’ve kind of relaxed into my own. Ninety percent of that has to do with me having a kid. It’s weird, I don’t feel precious about it anymore. I just want to have fun doing it and whatever the results are, I have no control over anyways.”

See James Ransone in “IT Chapter 2” in theaters this Friday, September 6.