Mary Poppins Returns shouldn’t work as well as it does.

Released over 54 years ago, the original is a bona fide classic that is so spell-binding and enchanting, it embodies everything that’s right about cinema. Somehow, though, the Mary Poppins Returns creative team has not only managed to tap into what made Mary Poppins so beloved and magical, they’ve also given it a modern spin, which means it doesn’t feel out of place.

Set in 1930s London, around 20 years after the original, Emily Blunt steps into the shoes of Julie Andrews as Mary Poppins, who returns using music, dancing and singing to help Jane (Emily Mortimer) and Michael Banks (Ben Whishaw) overcome a recent tragedy, with the help of Lin Manuel-Miranda, Meryl Streep, Colin Firth and Dick Van Dyke.

Is Mary Poppins Returns a remake?

Rather than a reboot or remake, the film continues the adventures of Mary Poppins and the Banks family, which was the only way to bring the characters back, according to director Rob Marshall

“I never thought about a remake, because I knew we couldn’t touch the original film in that way,” Marshall tells Metro. “You just can’t. It’s too perfect. What I actually thought to myself was, ‘I’d like to do this film because I wanted to protect the original.’”

“I wanted to pay homage to the first film, because I feel like we are the continuation of the story,” he adds. “At the same time, I wanted to forge a new path for ourselves. The way to do that was to really invent a completely original story. Which is what we did.”

Marshall also saw Mary Poppins Returns as the perfect opportunity to be involved in a brand new, original musical that was specifically written to be a film, as his previous musicals – Chicago, Nine and Into The Woods – started off on Broadway before being adapted for the big screen.

But while its story was devised by Marshall, John DeLuca and David Magee, who then wrote the screenplay, Mary Poppins Returns is heavily based on the wealth of material from P.L. Travers’ eight books on the eponymous nanny. Travers’ estate, who are famously very strict and protective about her material, had forged a relationship with Disney on Saving Mr. Banks, the 2013 drama about the making of the original film, and they were more than comfortable with Marshall directing, too. That’s probably due to Marshall’s own close relationship with Mary Poppins.

“It was the first film I saw as a child. I was 4,” says Marshall. “I just remember the magic, the music of it, the dancing. I just remember it so vividly. It was such a life-changing film.” 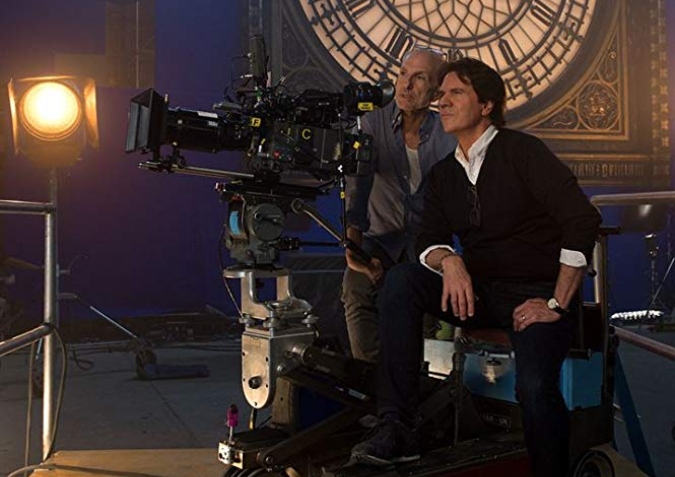 But while Marshall obviously reveled in the chance to direct Mary Poppins Returns, even he was shocked at the enormity of the project. Not only did it require several workshops, which Marshall insisted Disney weren’t allowed to attend because he wanted to go through the “process of failing and finding the film,” but he and the cast then had two months of rehearsal in London ahead of shooting as well.

“Doing a musical is like doing two or three movies at once,” explains Marshall. “There are so many moving parts. This, especially, because there was an animated sequence. There were children, dancers, singing, visual effects, big set pieces. It was crazy.”