Will there be a Mary Poppins 3? Here’s what we know - Metro US
Movies

Will there be a Mary Poppins 3? Here’s what we know

There was a 54-year gap between Mary Poppins and Mary Poppins Returns. But director Rob Marshall is hopeful that Mary Poppins 3 will follow much more promptly, as long as the film thrives at the box office.

“It all depends on how we do, “Marshall tells Metro. “Of course, knock on wood, we do well and it does well. This has been a three year project. But we shall see. There’s still a lot of great material. She is so inventive. It is like James Bond. It is just a great character that you want to revisit again and again and again.”

Will there be a Mary Poppins 3?

Even though Travers’ 8 books have already provided most of the material for Mary Poppins and Mary Poppins Returns, Marshall insists that there’s still plenty of scenes and sequences in the series that haven’t been touched that would be perfect for Mary Poppins 3.

“There are 8 P.L. Travers books. The first film, the majority of it is the first book. They used little pieces of the other ones. But not that much. We actually picked up from the second book. Which is called Mary Poppins Comes Back. Then worked from others like Mary Poppins Opens The Door, Mary Poppins In The Park,” explains Marshall. 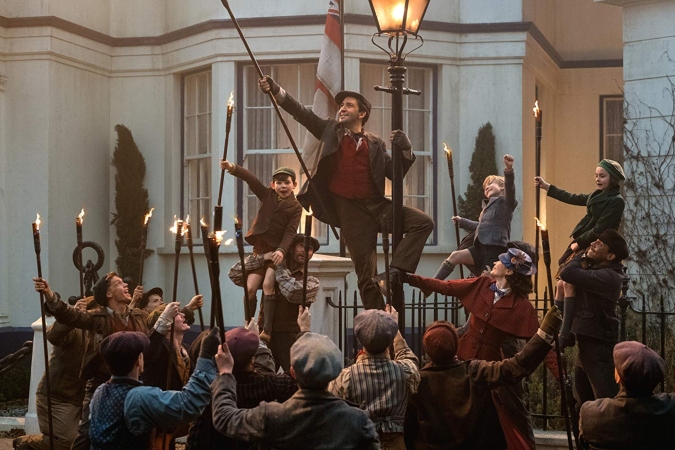 Marshall isn’t the only member of the Mary Poppins Returns team to register their interest in Mary Poppins 3, as Emily Blunt recently told CBS News that she’d love to play the character again.

“Yes! I would! I want to be her again. I like being her. She’s completely bizarre and unknowable. What I love about her is really what Travers said about her: ‘In order to fly, you need something solid to take off from.’ And I love that about her. Practical, yet magical.”

Blunt clearly wants Marshall to direct Mary Poppins 3, too, telling Vogue, “Oh, I would pay Rob to do it again with me. Yeah, I would. Definitely. More stories left to tell.”