Massachusetts Attorney General Maura Healey announced on Tuesday that she is investigating JUUL because of how the company markets to minors.

Healey’s office has sent cease and desists to two online companies that host three websites — directeliquid.com, buyjuul.com and eonsmoke.com — ordering them to stop selling JUUL and other c-cigarettes products in Massachusetts without a proper age verification system.

In Massachusetts, a minimum sales age of at least 18 is required for the purchase of e-cigarettes and other electronic smoking devices, according to state regulations which Healey herself instituted in 2015.

The AG’s office is investigating JUUL and the other e-cigarette companies to determine if they are actually selling to minors, thus violating state regulations.

“Just when teen cigarette use has hit a record low, juuling and vaping have become an epidemic in our schools with products that seem targeted to get young people hooked on nicotine,” Healey said in a statement. “I am investigating JUUL and online sellers of their products to keep these highly addictive products out of the hands of children.”

Though many adults have turned to e-cigarettes to help them quit smoking, teens have flocked to JUUL and other vapes, beginning a smoking habit at a young age.

To some people, JUUL may not seem as addictive as a cigarette, but a JUUL nicotine pod is equivalent to a pack of cigarettes. Other e-cigarettes offer pods with lower percentages of nicotine, and the company announced earlier this month that it would begin to sell pods with less nicotine as well. This week, news broke that its users are suing the e-cigarette company because they got addicted to the JUUL nicotine.

“The adolescent brain is uniquely sensitive to nicotine and can become addicted more rapidly and at lower exposure concentrations. The younger a teen starts smoking or vaping, the harder it will be to quit,” he said in a statement. “As a pediatrician, it’s my responsibility to educate teens and their parents to the dangers of JUULing, but it’s our collective job to protect children and teens in our communities.” 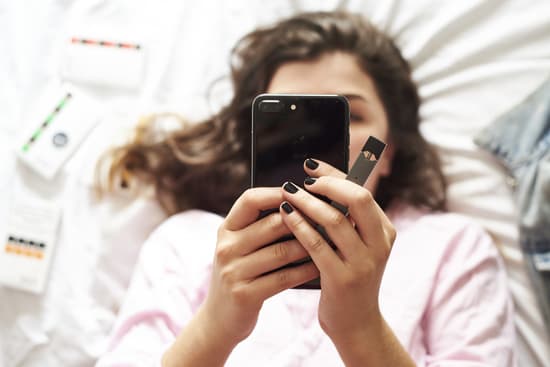 JUUL flavors are part of the problem, officials say

Officials say that JUUL and other e-cigarettes are also specifically trying to attract younger users through their variety of flavors, from Crème Brûlée to Fruit Medley. Shariel Joseph, a Watertown High School student and activist with The 84 Movement, a statewide movement of youth fighting tobacco in Massachusetts, said she’s seen this first hand among her classmates.

“The tobacco and vaping industries use sweet flavors to make their products appeal to youth,” she said in a statement. “When vapes first came out, there were advertisements about vapes being better for you than cigarettes and it made people who would never smoke a regular cigarette now want to try these products. Vapes and JUULs are commonly used around my school and community. To combat this pervasive vaping issue, it’s time to hold the industry accountable.”

E-cigarette cartridges are sold in candy flavors like bubblegum.

Devices are easy to disguise as markers and flash drives. pic.twitter.com/sojWoZ5AnR

As part of Healey’s investigation, the AG’s office has reached out to JUUL to ask about the number of people under 21 years old who use it or similar products, the company’s efforts to monitor the effectiveness of its online age verification system, whether and how it monitors websites that sell the products, if it requires its associated retailers to have an age verification system and information about an “educational” program that JUUL marketed to Massachusetts schools.

“There is a long history of tobacco companies attempting to sponsor and promote their education programming in schools,” Healey wrote in the letter. “The U.S. Surgeon General and the Campaign for Tobacco-Free Kids have found that industry-sponsored prevention programs are ineffective and may even work to encourage kids to smoke.”

In 2015, almost 50 percent of Massachusetts high school students reported having used e­-cigarettes at least once, Healey noted. She encouraged schools to use free prevention resources or to buy evidence-based curricula rather than using the JUUL program.