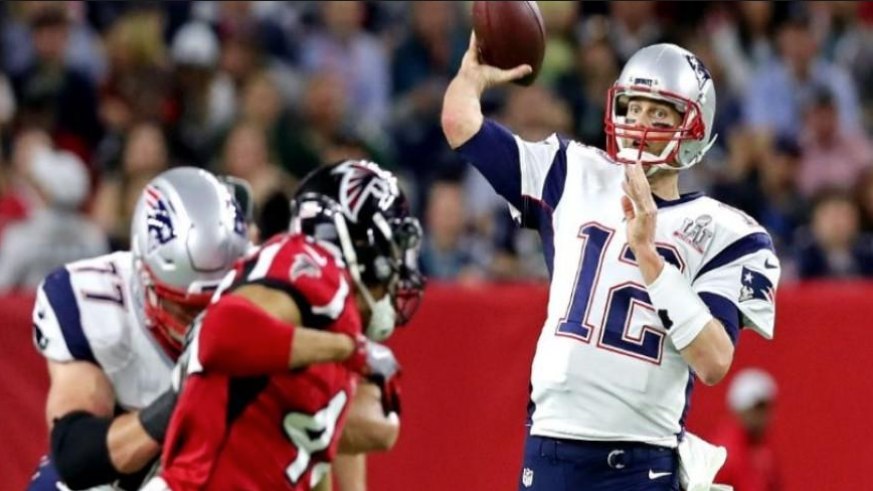 The most popular sport in America is back, and not a moment too soon. Here is Metro’s National NFL preview for the 2018 season, complete with NFL Super Bowl odds line spread Patriots Eagles Bears and picks.

Bad news for Eagles fans. No team has won back to back Super Bowls since the Patriots pulled it off 15 years ago, and only seven NFL franchises have ever accomplished the feat.

Bad news for Patriots fans. No team has made three consecutive Super Bowls since the Bills pulled it off in the early 1990s.

The Patriots have been great since 2001, but even Bill Belichick’s boys haven’t been able to reach the Big Game three years in a row. This looks like the year, though. The rest of the “contenders” in the AFC have major question marks. The Steelers still don’t seem mentally tough enough to get over the Jaguars hurdle, let alone the Patriots hurdle after Ryan Shazier’s injury derailed derailed their season last year.

The Jaguars have arguably the worst receiving corps in the league, the Chargers are now in “overhyped” territory, and the Chiefs are starting an untested QB. And the rest of the conference is a whole lot of yuck.

The NFC is top-heavy – with the Eagles, Vikings, Saints, Falcons and Rams getting the most Super Bowl buzz.

Teams are going to catch up with Philly’s RPO offense in 2018, and the Eagles are going to get every other team’s best shot week-in and week-out this coming season. How will they, a team that completed a 7-9 season just 19 months ago, handle that? Based on the amount of talk emanating from Philly, it’s a team that seems primed for a Super Bowl hangover – particularly with Carson Wentz coming back from injury.

As for the Vikings, are we sure Kirk Cousins is going to pick up the Minnesota offense quickly? This is not Peyton Manning jumping to Denver. It may take Cousins a season to adapt.

The Falcons look like the best bet to get back to the Super Bowl. They were a play or two away from beating the Eagles in Philadelphia this past January, and I’m a firm believer in the “bounceback year.” Atlanta suffered the worst defeat in modern sports history in the OT Super Bowl against the Patriots in 2017, and they still wound up making the playoffs last season. Expect Matt Ryan to return to his MVP form.

Wanted to go with Ryan here but voters love fresh faces. If Wentz stayed healthy last season, he would have wound up winning MVP over Tom Brady even if they finished with near identical stats. Wentz was the new kid on the block.

Houston’s Deshaun Watson is entering his second year in the league like Wentz was last year, and if the Texans can get off to a strong start expect the Watson-for-MVP push to occur. If the Texans can knock off the Patriots in Week 1 (Watson nearly did last year in Foxboro), the Texans could very well start the season 6-0. After the New England game, Houston’s schedule looks like this: at Tennessee, home vs. Giants, at Indy, home vs. Dallas, home vs. Buffalo.

It doesn’t hurt either that Watson is one of the more exciting players to watch, and is coming back from injury.

The easy pick is the Giants’ Saquon Barkley. But if Eli Manning plays like the Eli Manning we’ve seen in recent years, opposing defenses are going to stack the box against the Giants – and shut down Barkley’s ROY chances.

Look to the other New York team for 2018’s top rookie. The Jets’ Sam Darnold looks like the only rookie QB who will start Week 1, and if he only shows a semblance of competency the New York media hype machine will roll strong out of East Rutherford.

Chicago Bears: The Bears had a top 10 defense last year in points allowed, giving up just 20.0 points per game. They add Khalil Mack, arguably the best defensive player in football, to that group.

Quarterback Mitchell Trubisky is entering his second year in the league, and could pull a Carson Wentz on us … don’t laugh. Like the Eagles did last year, Chicago loaded up on offensive talent to surround their young quarterback with. They brought in former Philly tight end Trey Burton, and landed pro bowl wide receiver Allen Robinson in free agency.

Oh, and they still have running back Jordan Howard – who chalked up a combined 2,435 yards on the ground in his first two NFL seasons.