A gun whose barrel is twisted into the word “peace” perfectly captures how the idea of fake news took hold. Nothing will ever convince gun owners that banning guns would make us safer, even as gun control advocates have facts on their side: Every country that’s banned them has seen steep declines in gun deaths. When did facts we don’t like become fake news and alternative facts?

As the media grapples with this question, so are artists. A new show called Visual Language, opening in both New York and Los Angeles, explores how juxtaposing words and images can create competing meanings.

In the words of Richard Scarry and Chippy Coates, co-owners of Faction Art Projects gallery hosting the exhibit in Harlem: “In different ways, the pieces in this exhibition make us ponder simple questions like ‘What are you saying?’ and ‘How are you saying it?’ In so doing, they draw our attention to the responsibilities incumbent on the production of meaning in the public sphere.” 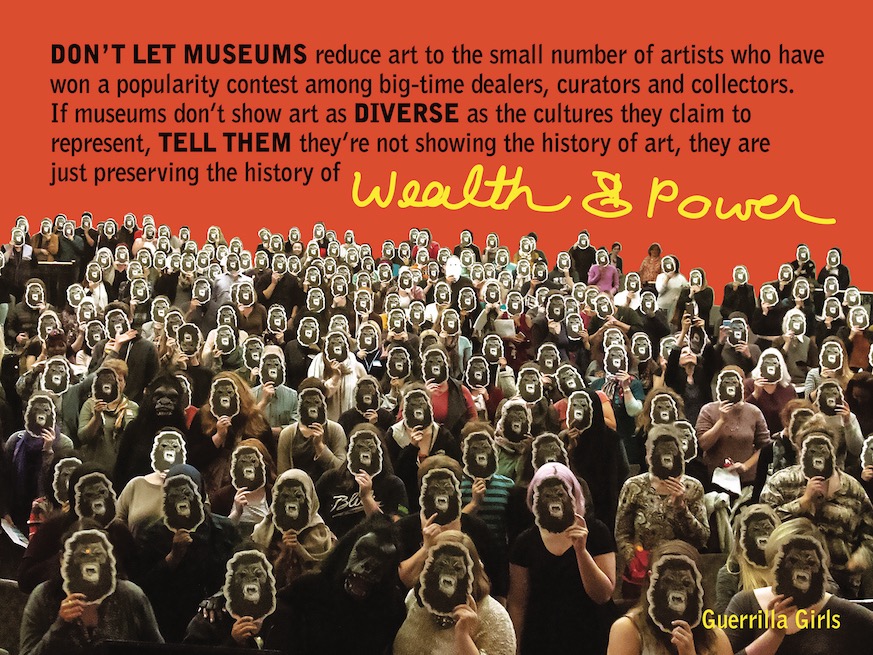 How to make sense of fake news and alternative facts

When you think of words and art, one of the first things that comes to mind might be advertisements or campaign posters — and it’s hard to imagine a more iconic one than Shepard Fairey’s Hope poster, used by Barack Obama’s 2008 presidential campaign. Fairey is one of the contributors to Visual Language, but where his words and the stylized portrait of Obama reinforced each other, these pieces almost confound the mind.

The tallest order in our modern world is getting people to consider another point of view — Visual Language makes a strong case for subverting your expectations as a way to start talking about an idea.

“I can only speak for my own aims, but I like the way the juxtaposition of word and image can reframe an issue,” Fairey tells Metro. “For example, my image of a riot policeman holding a billy club with a flower on the end titled My Florist Is a Dick is designed to remind the viewer that we should not become numb to, and accepting of, police brutality. Envisioning a sadistic florist is jarring, and encountering police brutality should be jarring as well. The text and image elements need each other.”

Right now, much of traditional media — which, contrary to what President Trump claims, is still in the business of actual facts — remains biased toward words. But the “truthy” stuff that feels right and therefore gets Likes and shares, tends to be images. Maybe the future is a space where we acknowledge that, to get the full picture, you need both the image and 1,000 words.