What do the black shamrock tattoos mean in Glass? Shyamalan twist ending explained - Metro US
Movies

What do the black shamrock tattoos mean in Glass? Shyamalan twist ending explained

WARNING: There are SPOILERS ahead for Glass.

So please don’t read on if you’re yet to see the final installment to the Eastraill 177 Trilogy. Instead, bookmark this article, see the movie, then return to see what the ending of Glass actually means.

The last 20 minutes of Glass is quite the rollercoaster, as writer and director M Night Shyamalan unleashes one twist after another on his audience.

We learn that Kevin Wendell Crumb (James McAvoy)’s father died on the same train that Mr Glass (Samuel L Jackson) derailed in Unbreakable, the only survivor of which was David Dunn (Bruce Willis).

This left Kevin with his abusive mother, and, in order to cope with her treatment he created various different personalities that ultimately manifested into the villainous and destructive The Beast.

What happens at the end of Glass?

Then, after Mr Glass has helped Crumb escape the high-security hospital where they were being held, which in turn provokes Dunn to break free so they don’t wreak havoc, the Unbreakable and Split stars have a gigantic tussle in the parking lot.

However, their fight is interrupted by a secret armed anti-superhuman organization, covertly led by Dr. Ellie Staple (Sarah Paulson), who was previously trying to convince Crumb, Glass and Dunn that they weren’t superheroes.

Soldiers drown Dunn, as water is his only weakness. The Beast crushes Glass’ brittle bones after learning he was responsible for the train crash.

Then, at the behest of a conniving Staple, Casey Cooke (Ana Taylor-Joy) helps Kevin to overcome The Beast and become the dominant personality in his own body. But without his super-human strength as protection, Kevin is shot and killed.

When Staple is explaining the anti-superhuman group’s motives to Dunn we see a tiny shamrock clover on her hand, which is tattooed on every other member, too. She reveals that superheroes do actually exist, and that her organization kills both heroes and villains.

But with Dunn, Glass and Crumb dead, and Staple having seemingly covered up any chance of the public ever finding out about the superheroes, Glass reveals one final twist from beyond the grave.

Glass used all of the security cameras that Staple had set-up against her, as he secretly recorded The Beast and Dunn using their super-powers, and then sent the footage to Dunn’s son Joseph, Casey and his own mother. 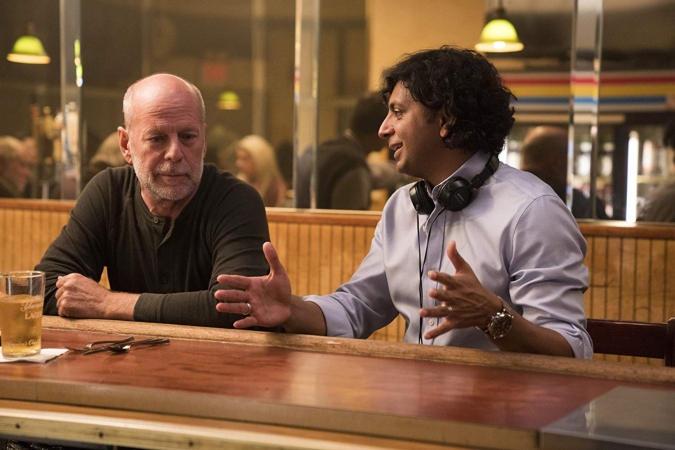 The trio then uploaded this footage to the web and sent it to numerous news outlets. The rest of the world immediately learns about the existence of super-humans, and other incognito super-humans now know that there are other heroes and villains out there, too.

Which is exactly why Glass refers to his suicide mission as an origin story, because it proves his life-long theory that comic books are actually artifacts of history.

But don’t expect any more stories from the universe. As Shyamalan has already insisted that he has no plans to expand and explore the world and story in another sequel.