Will there be a Glass sequel? Here is what we know - Metro US
Movies

Will there be a Glass sequel? Here is what we know

When it comes to the future of the Eastrail 177 series, which consists of Unbreakable, Split and Glass, you have to take whatever M Night Shyamalan says with a pinch of salt.

That’s because we didn’t even know that Split was a sequel to Unbreakable until after the 2016 psychological horror thriller had come out.

Even then the revelation came right at the end when Bruce Willis’ David Dunn, who debuted in Unbreakable back in 2000, appeared on screen, determined to find James McAvoy’s villainous Kevin Wendell Crumb/The Horde.

Will there be a Glass 2?

Glass finally brings Dunn and Crumb together on screen, as well as Samuel L Jackson’s Mr Glass, who appeared in Unbreakable and also killed hundreds in an attempt to find other people with super-human abilities, also joins the fray and causes endless chaos.

But does Glass bring an end to the Eastrail 177 series?

“Yeah, I would say so,” Shyamalan tells Entertainment Weekly. “I have a lot of original stories I want to tell. I’m an original filmmaker and I want to keep on telling new stories and new characters. It’s fun for me to figure out a new language, and then learn it, and try to get an audience in two hours to learn, and accept it, and really find their way.”

Shyamalan previously told Digital Spy back in December that Glass would be the end of the story, too.

“I don’t want to relive stuff and I don’t want to be an opportunist, that’s not the relationship that I have with the audience, that I aspire to. My aspiration is they know they’re going to get an original thriller every single time. That’s where my taste go, so I’m going to say no right now.”

However, back in 2017, during another conversation with Digital Spy, Shyamalan wasn’t quite as certain that Glass would be the final installment.

“I probably won’t [make sequels]. But you never know… I just heard that JK Rowling wrote four new Fantastic Beasts movies! So who knows what inspires a writer. That would be unusual for me because what inspires me is new stories and there’s another story that I’ve got and I’m dying to write that one. I couldn’t spend my whole life writing the same characters over and over again but you never know.” 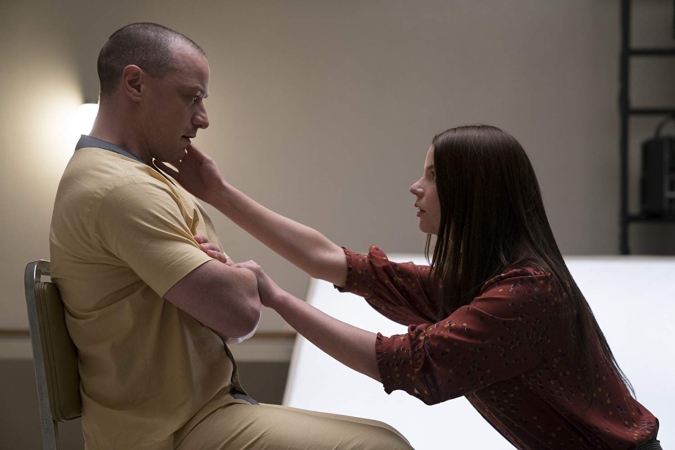 Clearly Shyamalan has several other projects that he wants to focus on, though, including a very mysterious television series with Apple.

“[I can’t talk about it] too much yet,” he explains to EW. “It’s a thriller, a half-hour thriller. When Apple launches their streaming network, our show will be one of their major shows, if not their launching show.”

Plus, as you’d expect, he has several other movie ideas that he wants to focus on, too.

“Well, I’ve got two ideas and I guess after Glass, I’ll start to write them. I’m trying to decide which to do next. I’m leaning towards one over the other for the next one.”

Glass in now in theaters.