It’s okay to not be a fan of overcrowded summer music festivals. They’re really not for everyone, and having played their fair share of big, overblown impersonal fests over the years indie-rock greats Wilco have been trying to redefine what they can be with their long-running Solid Sound Festival at MASS MoCA in North Adams, Massachusetts.

Started in 2010, the festival has been put on by the band almost every other year at the large modern-art museum for three full days of bands, comedians, art installations and one-of-a-kind performances, hand-picked by the band members themselves.

“One of the cool things about Wilco and our sound is that it’s informed by who we are as individuals,” — Glenn Kotche, Wilco 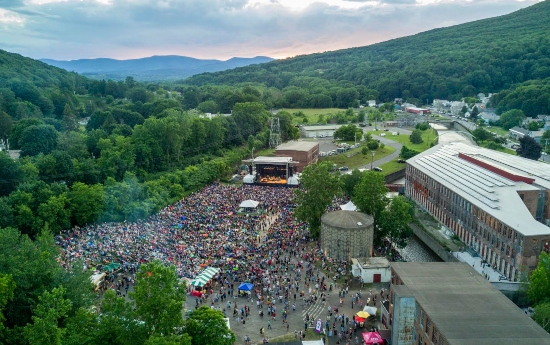 “There are a lot of really, really big festivals in the world now. But the big festivals, to me, I don’t think they are very musical,” explains Jeff Tweedy, the chief singer and songwriter of Wilco, in the documentary “Every Other Summer,” about the creation of the festival. “The only real desire was to make a festival that we wouldn’t be miserable at.”

This year, the festival will include performances by Wilco (playing two sets), Courtney Barnett, The Feelies, Tortoise (playing two sets), Jonathan Richman, Cate Le Bon, The Minus 5, and Clipping, as well as many of the band’s various side projects including a set from Jeff Tweedy & Friends. The festival also boasts an impressive comedy lineup including John Hodgman, Aparna Noncherla, Jean Grae, Rhea Butcher, and the Doughboys.

According to the band’s drummer, Glenn Kotche, this attention to building a festival that represents the band’s individual interests and personalities gives fans a real glimpse into what makes Wilco one of the most unique and inventive American bands of the past three decades. 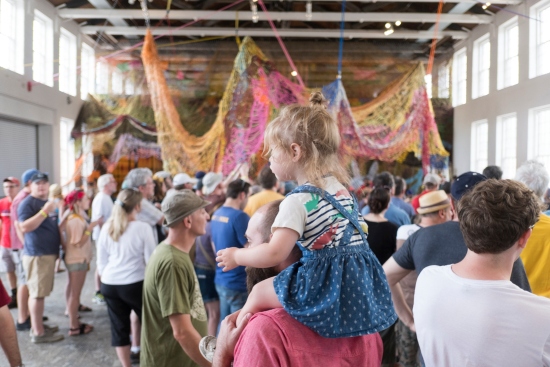 “One of the cool things about Wilco and our sound is that it’s informed by who we are as individuals,” explains Kotche by phone. “We’re still mainly a vehicle for Jeff’s lyrics. But all of our outside experiences over the years contribute to how the music keeps evolving and changing and what we bring to the band as well. It’s so cool that we get to showcase those other sides of our musical interests at Solid Sound because the rabid fans can see how, ‘Oh, that makes sense how that informs this and this,’ and how it all pieces together to become what Wilco is. I really love that we’re able to show all sides of the band.” 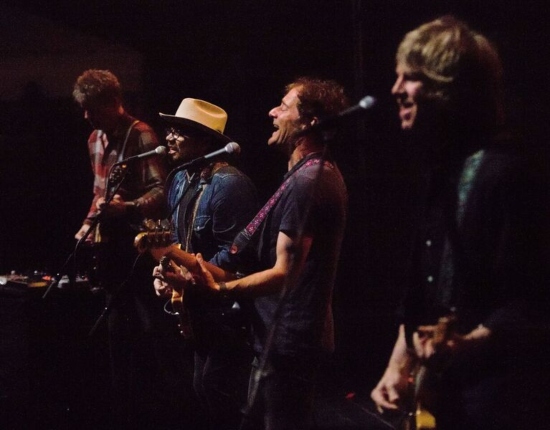 While Wilco is currently hitting the road for the first time since 2017 leading up to Solid Sound, the band generally tries to give longtime fans special, one-of-a-kind shows each year. In the past, they have done full album performances, dusted off rarities, and in one case, played a marathon all-covers set. This year, the band will be playing a special “Live Band Karaoke” set where fans can get up onstage and take a shot at the vast Wilco songbook.

“Nothing’s off limits. Just because we haven’t [played songs at] shows in the past, we’re excited to play the entire catalog,” says Kotche. “We’ll be ready for whatever they throw at us.”

The Solid Sound Festival will be at MASS MoCA from June 28-30. For more information, head over to solidsoundfestival.com.