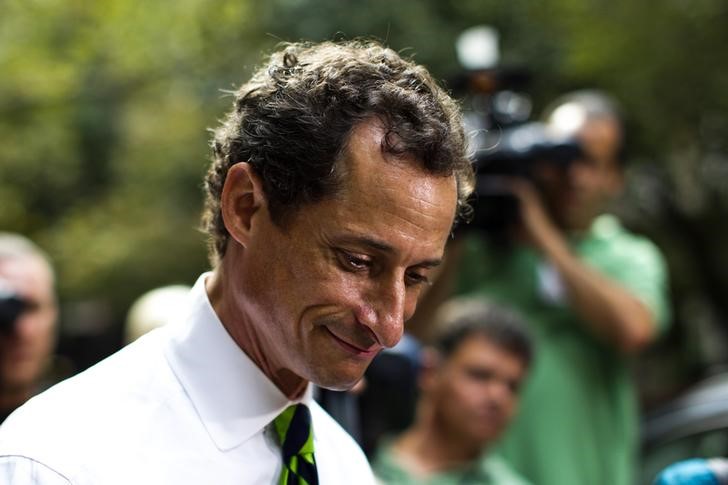 Former Congressman Anthony Weiner reportedly entered an in-patient cybersex rehab facility in the wake of the controversey sparked by emails found on his computer from Hillary Clinton’s private server.

The rehab center, which prohibits electronic devices, has a counseling program for people addicted to cybersex, exhibitionism, sex and pornography,Daily Mail reported.

Patients in the undisclosed facility are also separated by gender, according to Wednesday’s report.

Huma Abedin, Weiner’s estranged wife and top Clinton aide, was seen taking their 4-year-old son, Jordan, to daycare on Wednesday morning,New York Post reported, and Weiner has not been seen at his Manhattan apartment.

On Friday, emails to and from then-Secretary of State Clinton’s private server were found on a computer Weiner allegedly used to send sexually explicit messages to an underage girl by investigators looking into the most recent allegations against the former politician.

The revelation caused a slip in Clinton’s lead over GOP nominee Donald Trump just a week before the election. A recentABC/The Washington Post poll found that Trump is seen as more honest than Clinton and the former senator of New York is now a point behind the billionaire real estate mogul.

Clinton leads among those who say they’ve already voted, 54-41 percent, but six out of 10 voters recently polled said they disapprove of the way Clinton has handled the email scandal.

FBI Director James Comey, who said in July there was no reason to bring charges against Clinton, announced on Friday that the emails “appear to be pertinent to the investigation,” the Post reported.